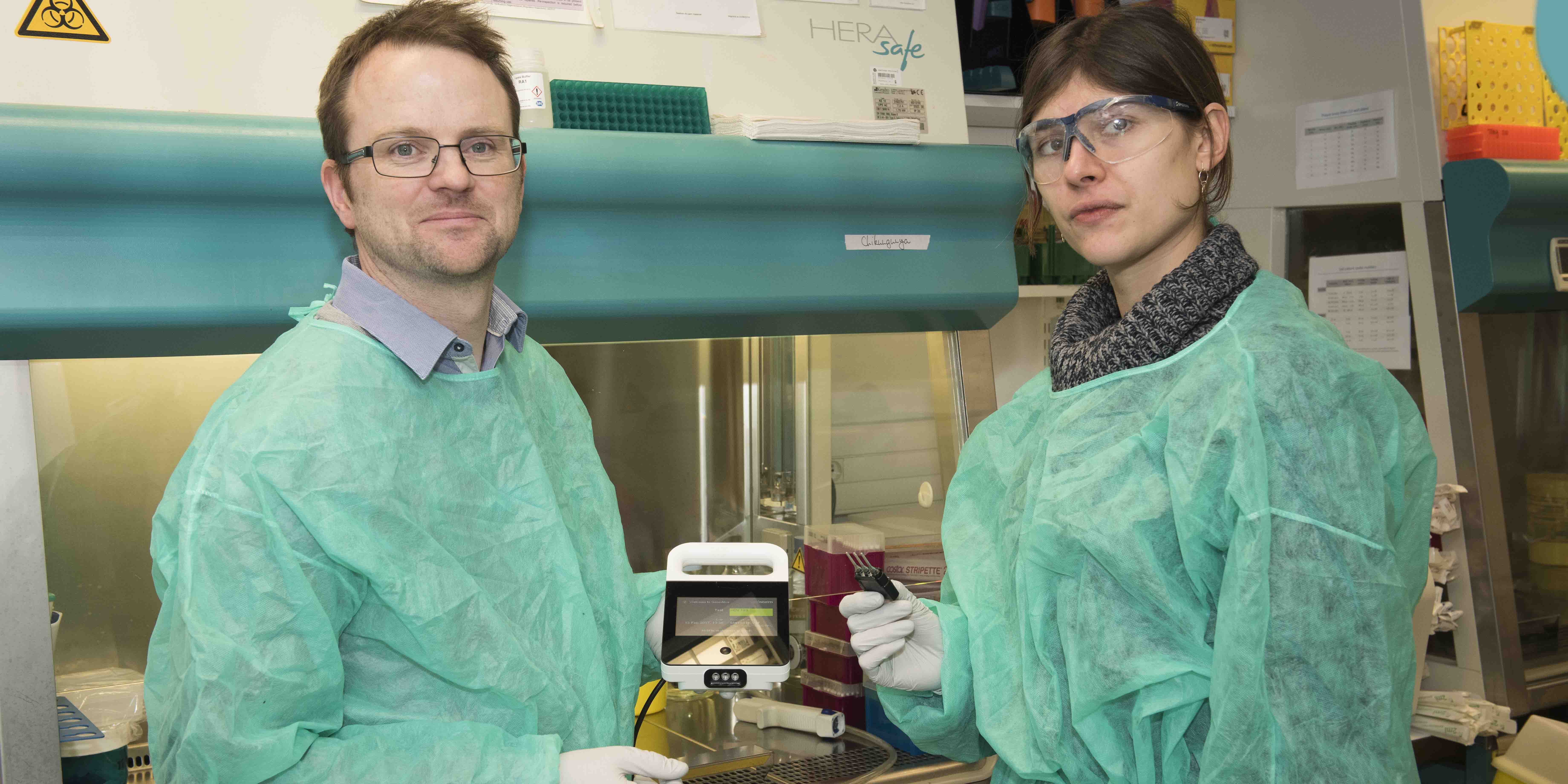 One of the major challenges identified by the WHO in efforts to eradicate the hepatitis C virus (HCV) is the diagnosis of chronic cases that are generally asymptomatic. Major progress is required for new diagnostic techniques that can be “decentralized”, in other words accessed by populations and countries with limited resources. Scientists from the Institut Pasteur and Inserm, in collaboration with the company genedrive, have developed and validated a rapid, reliable, point-of-care HCV assay. This new screening assay means that patients can begin treatment for the disease as soon as they are diagnosed. The results have been published in the journal Gut on April 4th, 2018.

Hepatitis C is a liver disease caused by the hepatitis C virus (HCV). The virus can result in chronic infection, which may lead to severe complications such as cirrhosis and liver cancer many years later. Chronic infection with the hepatitis C virus affects approximately 1% of the global population (71 million people) and claims 400,000 lives every year when it develops into severe disease.

New direct-acting antivirals can successfully treat more than 95% of patients with chronic HCV infection if they are taken in time. In 2016, the WHO therefore published a plan to eliminate this major threat for public health by 2030. But the main challenge in meeting this ambitious target remains the diagnosis of asymptomatic patients, especially in low- or middle-income countries, where access to traditional screening assays is limited.

The current method for HCV diagnosis involves two stages. The first is to screen for specific HCV antibodies, but this does not reveal whether patients were infected in the past (and experienced spontaneous HCV clearance) or are still chronically infected. So the second stage requires a PCR1 assay to detect HCV RNA in the blood to confirm or rule out chronic infection.

There are rapid serological assays for HCV antibodies, but PCR screening requires dedicated infrastructure and qualified staff. In countries with limited resources, this type of assay is only available in centralized laboratories, which means that less than 1% of infected individuals in these regions actually know that they are infected. PCR screening may also involve several visits, and the time required between each result increases the risk of losing patients before the final diagnosis. To improve patient care from diagnosis to treatment, a screening assay for HCV RNA that can be “decentralized” and used in rural or low-income areas is urgently needed.

The team of scientists led by Darragh Duffy (Immunobiology of Dendritic Cells Unit, Institut Pasteur / Inserm) developed an assay in collaboration with the company genedrive that detects HCV RNA as reliably as existing assays but is faster and can be utilized at the point of care. PCR can be performed with the miniaturized device that enables the necessary succession of 40 reaction cycles to be carried out more quickly than in a conventional platform. The analysis can be performed in approximately an hour. This type of device is ultimately less costly than the current assays, which require significant laboratory infrastructure and maintenance.

The scientists began by clinically validating the assay on cohorts from the Institut Pasteur in France and the National Health Service in Nottingham, UK, then with data from Johannesburg-based Lancet Laboratories using samples from South Africa, Kenya, Ghana, Nigeria and Uganda.

The study demonstrated that the assay had a specificity of 100% – in other words there were no false positives – and a sensitivity of 98.6%, thereby meeting WHO requirements for this type of assay.

The kit has obtained CE certification for distribution in Europe and will be available for sale in the Middle East, Africa, South-East Asia and India once local regulatory clearance is obtained.

This study was funded by the organizations listed above and by the EU FP7 project POC-HCV. 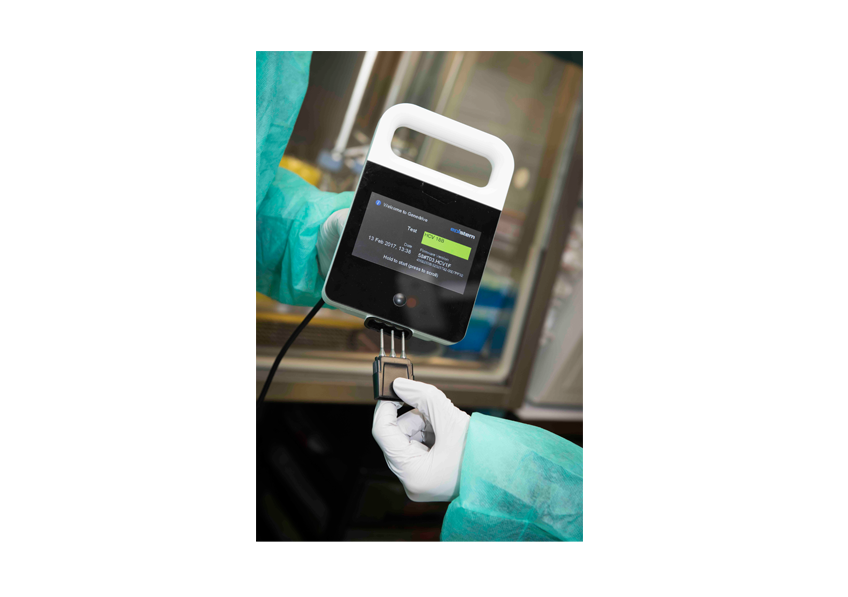