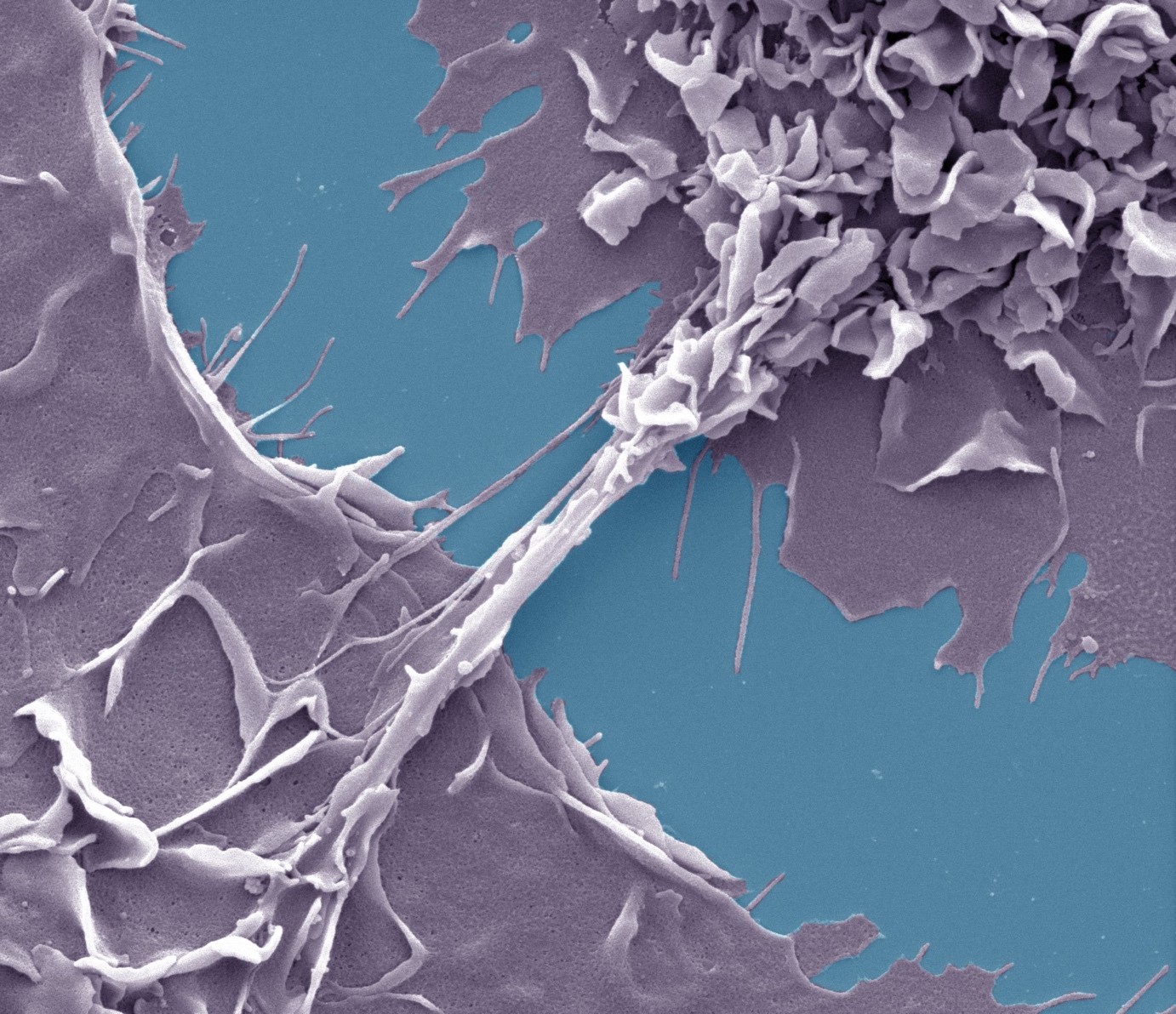 1.2 million people in the world are co-infected by Mycobacterium tuberculosis, the bacteria which causes tuberculosis, and AIDS (HIV-1). This combination is deadly: it makes patient diagnosis and treatment difficult, and increases the pathogenicity of these two infectious agents. An international team led by researchers at the CNRS and Inserm have revealed that in the presence of tuberculosis, HIV-1 moves from one cell to the next via nanotubes which form between macrophages, drastically increasing the percentage of infected cells. These findings appear in the 26 March 2019 edition of Cell Reports.

Researchers at the Institute of Pharmacology and Structural biology (CNRS/Université Toulouse III – Paul Sabatier) and the IM-TB/HIV international laboratory, a consortium between the CNRS and the National Scientific and Technical Research Council (Conicet) (Argentina), together with the Center for Pathophysiology of Toulouse Purpan (CNRS/INSERM/Université Toulouse III – Paul Sabatier), have shown that macrophages – which act as host cells for tuberculosis and HIV-1, join to form nanotubes when exposed to Interleukin-10, a molecule secreted in the presence of tuberculosis. The abundance of these specific M(IL-10) macrophages in the lungs is correlated with the severity of the disease. HIV-1 particles travel through these tunnel-like nanotubes to infect neighbouring cells and multiply. Using different approaches to inhibit their formation, scientists successfully reduced viral transfer between macrophages, leading to a drop in HIV-1 production.

In a case of severe TB, the development of nanotubes between macrophages accelerates, increasing the spread of the AIDS virus and viral production as a result. Because the presence of this specific type of macrophage can be measured, diagnosis and treatment of patients suffering from both illnesses could be made easier. This research paves the way to new therapeutic approaches aimed at limiting viral load increases in tuberculosis patients.

Emulsifiers are food additives that are used to improve texture and extend shelf life. They are found in many processed products (ice cream, packaged cakes, sauces, etc.) despite having demonstrated harmful effects on intestinal balance. In a new study, scientists from Inserm, ...