The Biological Clock Sets a Different Rhythm for Each Organ 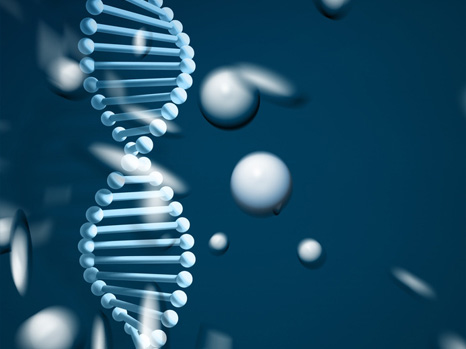 A team of Inserm researchers led by Howard Cooper (Inserm Unit 1208 “Stem Cell and Brain Institute”) in collaboration with their colleagues in the U.S. have for the first time established a reference map of gene expression, by organ and time of day. A mammoth task that began a decade ago and has required two years of analysis. These results, published in Science, show just how important it is to consider the biological clock in order to administer medication at the right time for optimized efficacy and minimal side effects. The researchers are now preparing an atlas which will be available for use by the entire scientific community.

Roughly two thirds of protein-coding genes are expressed in a cyclical manner over the 24-hour period with peaks occurring in the morning and late afternoon. However, this expression varies greatly from one tissue to another, confirming that, in addition to the internal central clock, each organ expresses its own clock. An Inserm team has been the first to prove it in a diurnal species, providing a spatiotemporal map of the genetic circadian expression for the various organs. This work marks a major step forward in the field of chronobiology.

Prior to that, studies exploring the circadian rhythm in various organs were generally conducted in animal models such as the fruit fly (research which received last year’s Nobel Prize) and nocturnal species, particularly mice. Since the body clock is primarily synchronized by the light-dark cycle, it would have been tempting to reverse the cycle to obtain data in diurnal animals. However, rodents are not just phase-shifted in relation to humans, their way of life is also very different. Their sleep is fragmented across the whole 24-hour period, unlike diurnal species, which get most of their sleep at night. They also feed continuously over the nocturnal waking phase, whereas humans take their meals at regular times. All of these factors also help to synchronize the biological clock. The time had come therefore to work with species closer to our own in order to deepen knowledge of ourselves.

This involved the researchers analyzing the RNA of over 25,000 genes from 64 organs and tissues, every two hours for 24 hours, in non-human primates. The major organs underwent detailed analysis as well as the various regions of the brain. All in all, the researchers analyzed 768 samples. A mammoth task that began a decade ago and which has required two years of analysis! For each sample, they looked for, quantified and identified the RNA present in the cells. This RNA then either goes on to become proteins or it remains as RNA with regulatory properties on other molecules. This is what we call the transcriptome.

The authors observed that 80% of the cyclically expressed genes code for proteins that ensure functions essential to cell life, such as waste elimination, DNA replication and repair, metabolism, etc. However, there is a very broad diversity of transcriptomes, i.e. all RNA present in the cells of the various samples over the 24 hours.

The cyclically expressed genes vary in terms of number (with roughly 3,000 in the thyroid or prefrontal cortex versus only 200 in the bone marrow) and type (less than 1% of the “rhythmic” genes in one tissue are also present in the other tissues). Even the 13 known genes of the biological clock, which the authors expected to encounter cyclically in all of the samples, were not all present, neither in the same quantities nor at the same time. What these 64 tissues do have in common are the well-defined peaks of gene expression in the late morning and late afternoon. The first – and biggest – occurs between 6 and 8 hours after waking with more than 11,000 genes expressed at that point in the body. And the second less intense peak sees approximately 5,000 genes in action in the tissues. The cells are then virtually at rest during the night, particularly the first part of the night.

The authors were surprised by the degree of rhythmicity of the organs of the non-human primate and the potential applications. “Two thirds of coding genes are highly rhythmic, that’s a lot more than we were expecting,” clarifies Howard Cooper, Inserm Research Director from the “Chronobiology & Affective Disorders” team of Inserm Unit 1208. “But above all, 82% of these code for proteins that are targeted by medication or which are therapeutic targets for future treatments. This proves just how important it is to consider the biological clock in order to administer medication at the right time for optimized efficacy and minimal side effects. Some experts are working on these questions, particularly in the field of cancer, but in my opinion we need to go much further. That’s why we’re preparing a veritable atlas, in the form of a searchable database, to provide scientists worldwide with the expression profile of each gene in the various organs over the 24-hour period,” explains the researcher.