How can head injury prevention be improved for cyclists?

Researchers from a team coordinated by Emmanuel Lagarde at Inserm unit 897 “Inserm Epidemiology & Biostatistics research centre”, in collaboration with the Université Victor Segalen Bordeaux 2, have endeavoured to ascertain the factors preventing helmet use and the approaches that could be used to promote it. Although they represent a small proportion of urban travel modes, cyclists make up 5% of deaths and 6% of serious road injuries in towns, with most suffering from head injuries (1). These figures inspired the researchers to study the impact of two promotion strategies (documentation and free helmets) on adults, using a randomised comparative methodology. The results of this study on 1,800 bike users in Bordeaux and its urban area were published in the PLoS ONE review on 15 February.

In 2010 in metropolitan France, 59 cyclists lost their lives and 963 were seriously injured1. Two thirds of those with a life-threatening condition had suffered head injuries (2). How to protect users of a green and healthy mode of transport is today still an open question.

To study significant cycling accident prevention factors, Emmanuel Lagarde, Director of Research at Inserm unit 897 “Inserm Epidemiology & Biostatistics research centre”, and his team, set up a study into the behaviour of some 1,800 cyclists in Bordeaux and its urban area. The study ran from May 2009 to September 2010. The participants, aged between 18 and 75, responded to a questionnaire on their habits and opinions related to bikes and helmets. They were then organised into four groups: the first group received a brochure promoting helmet use; the second received a free helmet; the third a brochure and a helmet; and the fourth group did not receive anything.

Afterwards, all groups were sent a coloured sticker to be placed on their mud-guard, so they could be easily identified in the streets of Bordeaux by a network of seven automated cameras, specially developed by the researchers. The system was used to detect the cyclists anomalously, to record their speeds and to detect whether or not they were wearing helmets. 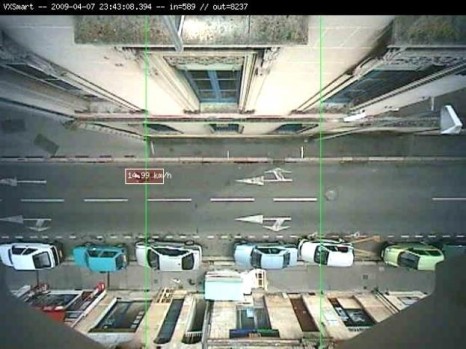 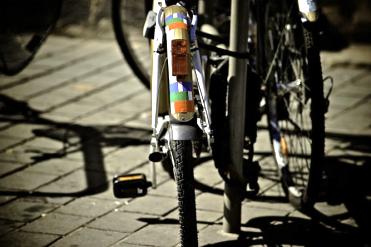 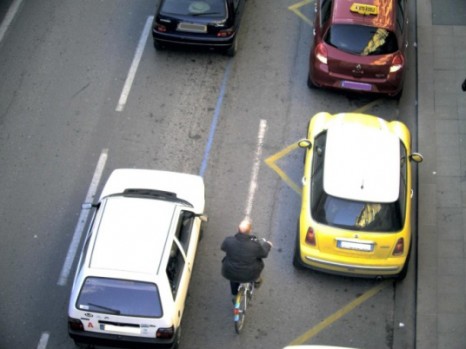 Although 90% of all individuals asked to participate in the study thought that helmets do provide head protection, only 13% said they had already worn one. In the first months of the study, participants who had received a free helmet were more than eight times more likely to wear one. “But after four months, there were no longer any discernible differences between the groups: the majority of cyclists had abandoned the helmets” explains Emmanuel Lagarde. He also specifies that “distributing the information brochure had no effect on the use of helmets”.

Using the cameras installed by the researchers, and further to analysis of the questionnaires, the scientists identified two factors that encourage cyclists to wear a helmet:

– Belief that helmets protect the face;

– Encouragement from family to wear one.

This study concludes that promoting the use of helmets among cyclists will remain difficult. According the researchers, “pressure from loved ones is an important factor in terms of helmet use among cyclists”. If prevention is to have a hope of being effective, it must integrate easy access to helmets, parental education and communication on the preventive benefits of wearing a cycle helmet. The safety of cyclists is a complex subject, which goes beyond the issue of helmets. “The behaviour of cyclists and other road users can contribute to the safety of cyclists; road layouts also have a key role” underlines Emmanuel Lagarde.

This study is confunded by the ANR, INPES and the Aquitaine regional council.

TO CITE THIS POST :
Press release – Inserm press room How can head injury prevention be improved for cyclists? Link : https://presse.inserm.fr/en/how-can-head-injury-prevention-be-improved-for-cyclists-/3372/

Egypt, Algeria and Republic of South Africa are the African countries most at risk for coronavirus COVID-19 importation in the continent, due to high air traffic with the contaminated Chinese provinces. But these countries are also among the best equipped on the ...