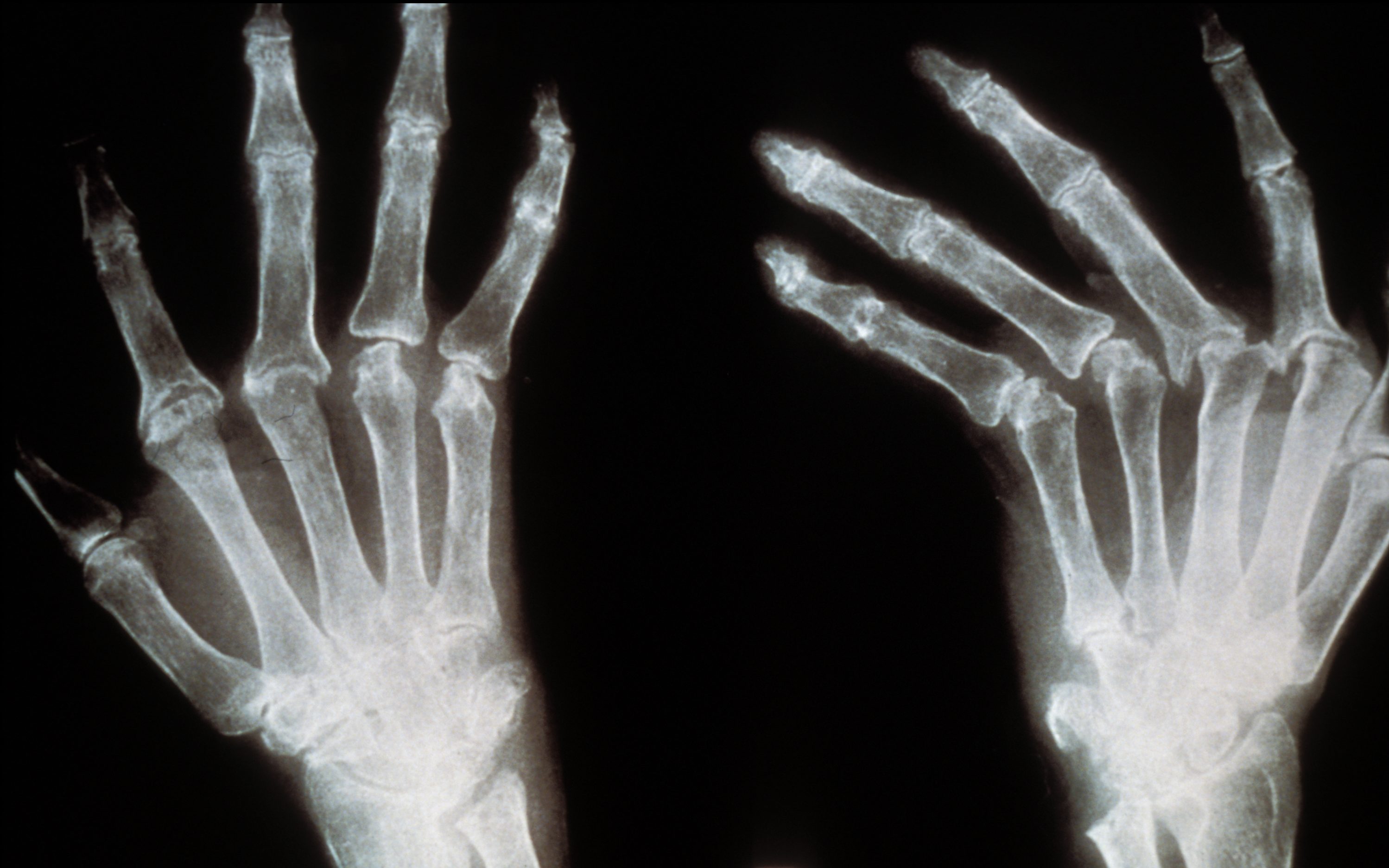 Teams of rheumatology, respiratory medicine, genetics and the university hospital department FIRE Hospital Bichat Claude Bernard AP-HP, in collaboration with INSERM, Université Paris Diderot, the Broad Institute of MIT and Harvard, Cambridge, Massachusetts, USA, have discovered that a rare allele of rs35705950 variant gene  MUC5B  multiply by six the risk of occurrence of pulmonary fibrosis in patients with rheumatoid arthritis (RA). This broad study of genetic association demonstrates the existence of a common genetic basis between pulmonary fibrosis associated with rheumatoid arthritis and idiopathic pulmonary fibrosis (IPF). These results, obtained with the participation of national and international network of pulmonologists and rheumatologists, are published in the journal  The New England Journal of Medicine  October 20, 2018.  They are a first step in understanding the diffuse interstitial lung disease (PID) of rheumatoid arthritis, a serious complication whose therapeutic management is not currently codified.

The results of this international collaboration show a varying contribution MUC5Brs35705950 in the determination of the PID in rheumatoid arthritis.

The presence of  the risk allele multiply by 3 the risk of occurrence of interstitial lung disease  diffuse (PID)  and  by 6 that of usual interstitial pneumonia (PIC) (the most severe form of PID). Finally, an exploratory phase exploring 12 more REIT susceptibility markers suggests the existence of a common genetic architecture between IPF and pulmonary fibrosis in rheumatoid arthritis.

The diffuse interstitial lung disease (PID)  is a common extra-articular manifestation and severe  rheumatoid arthritis (RA) , which affects nearly 30% of RA patients, and gradually progresses to irreversible pulmonary fibrosis in about 40 to 50 % of cases. Thus, a PID occurrence is responsible for about 7 to 10% of deaths in patients with rheumatoid arthritis and median survival varies between 2 and 5 years after the onset of Respiratory symptoms. The risk factors and pathophysiological mechanisms underlying the onset of pulmonary fibrosis in RA remain largely unknown.

Idiopathic pulmonary fibrosis (IPF)  is a lung disease characterized by progressive fibrosis, in which there is no extra-respiratory disorder for which the genetic origins are known.

Pulmonary fibrosis in rheumatoid arthritis has similarities with idiopathic pulmonary fibrosis, including a  high prevalence of interstitial pneumonia (PIC) , shared environmental risk factors (such as smoking) and a very poor prognosis.