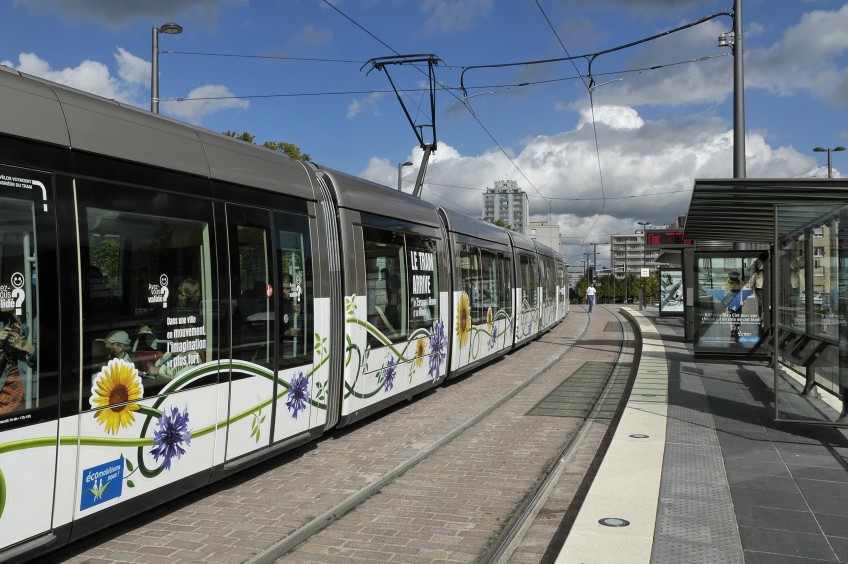 The study reveals that although cycling represents the greatest source of moderate or vigorous activity involved in daily journeys, only 2% of the Ile-de-France population are bike users. In second place, public transport generates the most physical activity for users: the 29% of Ile-de-France residents who use public transport daily actually get an average of 27 minutes’ physical activity per day using this mode of transport, i.e. an expenditure of 180 kcal.

We tend to forget that travellers using bus, métro (underground), tramway, RER (suburban rail), or a combination of these modes during a single journey, generally make part of the trip on foot. Public transport offers travellers many opportunities to walk, either between the departure or arrival points and stations, or when making connections.

On average, journeys involving public transport generate even more daily physical activity for users than journeys made entirely on foot, since people who travel on foot get an average of 16 minutes of physical activity per day during these walks.

Parisians are the most active in their daily journeys

The average duration of physical activity performed by Ile-de-France residents during their daily commute depends on where they live. Because they have the longest journeys, and are the most likely to use modes of transport other than cars, Parisians are the most active, getting 29 minutes of physical activity per day while commuting. Indeed, 30% of their journeys are done on public transport, and over half on foot. Ile-de-France residents from the inner and outer suburbs respectively get 22 minutes and 18 minutes of physical activity during their daily commutes.

Encouraging use of public transport to combat inactivity

“Our study shows that Ile-de-France commuters who choose public transport get an average of nearly 30 minutes of exercise per day on weekdays, i.e. the average duration recommended by WHO and the national health authorities in order to stay healthy and fit. Apart from the strictly active modes of transport such as walking and cycling, promotion of public transport use seems to constitute a particularly effective lever for increasing the level of physical activity in the population,” adds Basile Chaix, scientific manager of the study and Inserm Research Director, and Ruben Brondeel, a PhD student working on the project.

Combating inactivity is currently a real challenge for society and for public health. WHO also considers inactivity to be the 4th leading risk factor for mortality worldwide. Insufficient physical activity is a cause of overweight and obesity, but is also the main cause of many cancers and cardiovascular diseases, which represent over 55% of the 550,000 annual deaths in France. Walking in all its forms is the simplest form of exercise, and is accessible to all.

The study conducted with Inserm demonstrates that the use of public transport has advantages in combating inactivity among Ile-de-France residents. The encouragement of public transport use, and hence of daily physical activity, among Ile-de-France residents is undergoing further integration. To accomplish this, no type of mobility will be neglected in increasing and facilitating the links between the different types of public transport, the future Grand Paris Express network and the car, bike and motorised two-wheel vehicles. To enhance the provision of services that facilitate and promote active modes of transport and public transport, STIF is committed to:
• developing and encouraging cycling, with the development of parking spaces for Véligo bikes near stations, offering a secure collective storage facility accessible by Navigo card, and a self-service covered shelter,
• increasing park and ride options to facilitate access for travellers to the rail network by creating new car-parks close to stations,
• and establishing more balanced road-sharing, especially for buses, in order to provide a safer and more efficient service.

KEY FIGURES from the study:

*Methodology of the study:
The study is based on the intersecting results of the Record GPS Study conducted by Inserm in 2012-2013, which is based on an objective and precise measurement of physical activity performed during movement using accelerometry, and the 2010 General Transport Survey (EGT) conducted by STIF and DRIEA (Regional and Interdepartmental Directorate of Equipment and Development) under Omnil (Ile-de France Observatory for Mobility). Results relate to Ile-de-France residents aged 35-83 years.

About STIF (Ile-de France Transport Union)
STIF designs, organises and funds public transport for all Ile-de-France residents. At the heart of the Ile-de-France transport network, STIF brings together all the stakeholders (travellers, elected representatives, builders, carriers, infrastructure managers etc.), and invests and innovates to improve the service provided to travellers. It selects and manages projects for the development of the networks and modernisation of all forms of transport that it entrusts to carriers.
Chaired by Valérie Pécresse, President of Ile-de-France Regional Council, STIF is made up of the Ile-de-France Region and eight other Ile-de-France departments, and is thus responsible for the overall vision of Ile-de-France’s transport systems (train, RER, métro, tramway, T Zen [high-quality bus service] and bus). www.stif.info and www.stif.org

About Inserm (French National Health and Medical Research Institute)
Created in 1964, Inserm is a public scientific and technical research institution, under the joint supervision of the French Ministry of Education, Higher Education and Research and the French Ministry of Social Affairs, Health and Women’s Rights. Inserm is the only French public body dedicated to biological and medical research and human health, and occupies a position along the entire pathway from the laboratory to the patient’s bedside. Its researchers study all diseases from the most common to the most rare.
Inserm supports nearly 300 laboratories distributed throughout the French territory. Together the teams comprise nearly 15,000 researchers, engineers, technicians, managers, clinician-researchers, post-doctoral fellows, etc.

The Nemesis team, led by Basile Chaix, Inserm Research Director, focuses on the relationships between environment, mobility and health, primarily studying the effects of living quarters on health, and secondly the impact of transport habits on health. The Nemesis team is part of the Pierre Louis Institute of Epidemiology and Public Health (IPLESP), which reports to both Inserm (French National Institute of Health and Medical Research, www.inserm.fr) and Pierre and Marie Curie University (UPMC, www.upmc.fr).

Other partners in the study: the Directorate-General for Infrastructure, Transport and the Sea (DGITM) of the Ministry of Ecology, the Centre for Studies and Expertise on Risks, Environment, Mobility, and Urban and Country Planning (CEREMA), RATP (Autonomous Operator of Parisian Transports), Ile-de-France Regional Council, and the Regional and Interdepartmental Directorate of Equipment and Development (DRIEA).