Despite excessive alcohol consumption, some individuals remain in good health while others develop liver disease. This inequality regarding the toxicity of alcohol for the liver depends on the intestinal microbiota. This has just been demonstrated by scientists and physicians from Paris-Sud University, Inserm, AP-HP (Antoine-Béclère Hospital), INRA (French National Institute for Agricultural Research), AgroParitech and Aix-Marseille University. These results are published online in the journal Gut. 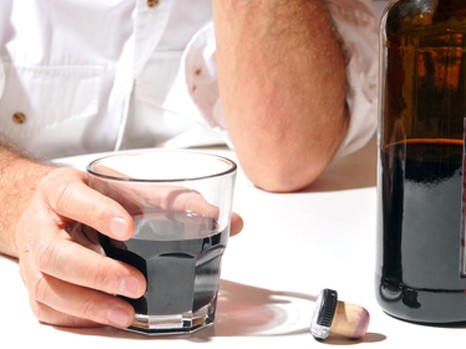 Alcoholic liver disease is a major public health problem. The liver is affected to a variable degree, from a simple accumulation of fat to acute alcoholic hepatitis and cirrhosis. Nonetheless, people do not all react in the same way to the toxic effects of alcohol on the liver. For an equivalent intake of alcohol in terms of quantity and duration, only some excessive drinkers will develop liver disease. This unequal risk from the effects of alcohol toxicity indicates that other factors influence the initiation and progression of liver lesions. The intestinal microbiota is the complement of bacteria present in our digestive system. These bacteria perform many metabolic functions. Scientists and physicians from Paris-Sud University, Inserm, AP-HP (Antoine-Béclère Hospital, one of the Paris Public Hospitals), INRA, AgroParitech and Aix-Marseille University have studied the potential role played by the intestinal microbiota in the unequal toxicity of alcohol for the liver.

The scientists found an imbalance in the intestinal microbiota (dysbiosis) of patients with acute alcoholic hepatitis, which was not found in patients who consumed alcohol but did not have serious liver disease.

In order to ascertain whether this dysbiosis plays a causal role in the occurrence of lesions on the liver, the scientists humanised germ-free mice by transferring the microbiota of alcoholic patients to them. One group of mice received the microbiota of alcoholic patients suffering from acute alcoholic hepatitis, and another group of mice received the microbiota of alcoholic patients without serious liver disease. The mice were then fed alcohol. It was observed that the mice from the first group developed inflammation of the liver and adipose tissue, and a greater increase in intestinal permeability than those from the other group. Moreover, some harmful species of bacteria were specifically associated with sensitivity or insensitivity to alcohol. A study of metabolites showed that ursodeoxycholic acid levels were higher in alcohol-resistant mice.

When this type of experiment was repeated with conventional mice, which have the advantage of more closely mimicking the human disease, the work showed that it was possible to reduce the liver lesions in diseased mice by transferring the microbiota from alcoholic patients without liver lesions to them.

These results thus open up new possibilities, not only for identifying individuals likely to be sensitive to alcohol toxicity, but also for improving the treatment of alcohol-induced liver lesions by modulating the intestinal microbiota