Is Our Stubbornness Caused by Confirmation Bias? 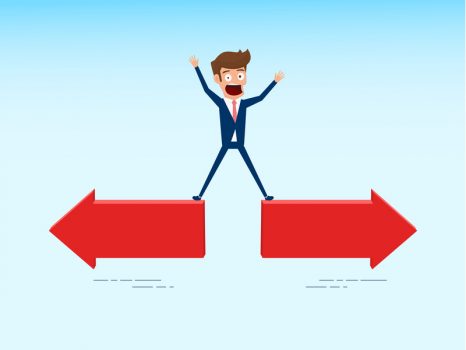 The way in which people make decisions can sometimes seem reckless or even totally irrational. One explanation for this behavior is that humans tend to prefer information that confirms their beliefs and overlook that which contradicts them. This is a phenomenon called confirmation bias.

In recent research published in PLoS Computational Biology, a team of researchers led by Stefano Palminteri and Sarah-Jayne Blakemore tested 20 subjects by having them choose between two symbols, each worth a different number of points. The aim was to get as many points as possible. The results of this study show that the participants won more points when their choice was followed by feedback. In addition, it was all the more effective when the feedback was positive (“Your choice is the best”) rather than negative (“You would have got more points with a different choice”). This confirmation bias slowed the subjects’ ability to adapt to change to such an extent that it affected the total number of points won by the most biased of the subjects. In conclusion, people preferentially take into account information that confirms rather than contradicts their choices.

According to Stefano Palminteri: “These results may explain why people maintain false beliefs or persist with risky health behaviors, despite obvious information to the contrary. On the other hand, this bias may also enable certain people to maintain motivation and self-esteem.”  Knowing more about the biases in our learning could mean that we learn more effectively and are more aware of our natural inclination to jump to conclusions.