Launch of the influenza vaccination campaign

Monday 12 October saw the start of the annual vaccination campaign, which will continue until the end of January 2016. Last winter recalled the potential seriousness of influenza, which severely affected the most vulnerable populations (mainly people over the age of 65).

To better control the influenza epidemic, Inserm has created the Sentinelles network, an information system based on a network of 1,300 general practitioners distributed throughout metropolitan France. These “sentinel physicians” report cases of influenza, diarrhoea or chicken pox on a weekly basis.

In this way, the Sentinelles network and Inserm monitor the progression of influenza throughout the year, and are in a position to anticipate peaks at national level. The health authorities thus receive the maximum amount of information, which allows them to adapt their resources for the better protection and care of citizens. 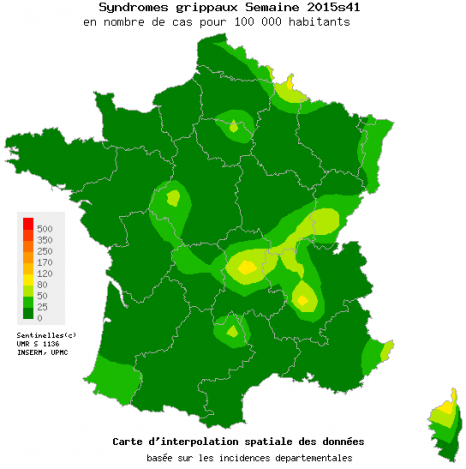