Despite progress in regenerative medicine, with age, the skin loses its properties in an irreversible manner. The ATIP-Avenir team “Epidermal homeostasis and tumorigenesis” directed by Chloé Féral, an Inserm researcher at the French Cancer and Aging Research Institute (Inserm/CNRS/Université Sophia Antipolis), has just defined the cellular and molecular mechanisms involved in maintaining skin cells and skin healing in advanced years. These mechanisms, described in vivo in mice, engage molecule CD98hc, which is involved in epidermis renewal and could be an indicator of the skin’s capacity for regeneration.

The results were published in the Journal of Experimental Medicine review. 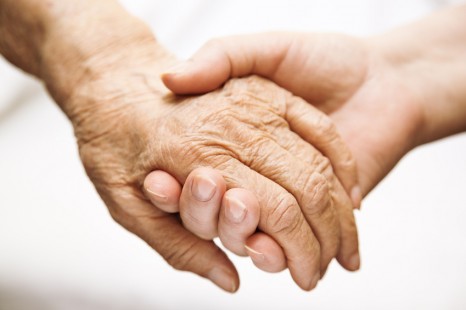 The epidermis, the surface layer of the skin, is mainly composed of keratinocytes cells, which, in humans, are renewed continuously over a 21-day cycle. These cells are located on a membrane made up of components from the extracellular matrix that provides the junction with the dermis, the deep layer of the skin (see diagram).  The epidermis is renewed by cell proliferation and differentiation that maintains the balance of adult tissues. This balance, known as “homeostasis”, is essential for tissues to function correctly and any alterations to it are responsible for the physical changes associated with aging: sagging skin due to reduced skin cell proliferation, wound healing defects, loss of hair, etc.

The ATIP-Avenir team “Epidermal homeostasis and tumorigenesis” directed by Inserm researcher Chloé Féral, studied the numerous cellular factors involved in maintaining this balance. Particular attention was paid to CD98hc, a molecule known for its interaction with receptors that cause skin aging. With age, the activity of the transporter CD98hc and integrins (the receptors connected to the components in the extra cellular matrix) is disturbed. However, until now the mechanisms involved had never been identified.

Through their work, the researchers showed in vivo in mice that removing the gene CD98hc (coding gene for transporter CD98hc) disturbs skin balance and the healing process. By modifying cell proliferation and migration, removing this gene also causes a fault in the hair follicle cycle. The researchers have deciphered all the complex mechanisms associated with CD98hc, particularly integrin deregulation caused by this missing molecule in vivo. They confirm what was described in vitro: the amino acid transporter CD98hc modules the integrin signal, which is essential for skin renewal. As such, CD98hc actively participates in skin renewal through the efficient and widespread recruitment of skin cells when needed (healing a wound, for example).

“CD98hc appears to be necessary for rapid and effective skin renewal. Its reduced expression, observed in vivo in elderly mice, confirms its role in maintaining tissues, the hair follicle cycle and healing, which are disturbed with age,” states Chloé Féral. “The status of carrier CD98hc in vivo could be an indicator of the skin’s capacity to renew itself” she concludes.

Skin renewal is driven by stem keratinocytes. The latter have two properties: active division and differentiation. Each keratinocyte produces two identical daughter cells. One remains static and divides again, whereas the other migrates to the upper layer, the differentiation layer, where it will provide the different types of skin cellls.

Over the course of evolution, the genomes of most living organisms have grown more complex thanks to transposable elements, a.k.a. “jumping genes,” or DNA fragments that can move and copy themselves from one chromosome location to another. Researchers from Inserm, the CNRS, ...

Flunarizine: a New Drug Candidate in the Treatment of Spinal Muscular Atrophy

A team of researchers from Inserm ("Toxicology, pharmacology and cell signaling" JRU 1124) and the universities of Paris Descartes and Paris Diderot have recently discovered that flunarizine – a drug already used to treat migraine and epilepsy – enables the repair of ...