Segmented filamentous bacteria (SFB) are bacteria from the Clostridiaceae family that colonize the intestines of many species, likely including humans, without causing disease; they live in symbiosis with epithelial cells and are involved in the maturation of intestinal immunity. 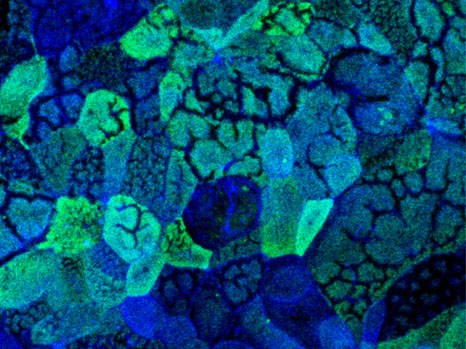 Despite the vital role of SFB in establishing gut immune homeostasis in vivo in mice, scientists, for the past 50 years, have been unable to reproduce this symbiosis in vitro to shed light on the cellular and molecular interactions involved. Now, scientists from the Institut Pasteur, the Collège de France, Inserm/Imagine-Necker and the Université Paris Descartes have successfully cultured and reproduced the complex life-cycle of these bacteria outside their host for the first time.

A closer look at the symbiosis between SFB and their host

A single-celled intracellular offspring form of these bacteria attach themselves directly to intestinal epithelial cells, creating a mutually beneficial interaction between the bacteria and the host.

This non-pathogenic yet intimate relationship, which is established immediately after weaning, provides the bacteria with nutrients and, in turn, stimulates the development and maturation of the intestinal immune system. The delicate balance between these bacteria and their host protects the host from pathogens by strengthening both the epithelial barrier and the immune system. Animals lacking segmented filamentous bacteria in their intestinal flora are more susceptible to infection, even in adulthood.

The reproduction of this complex system in vitro should finally enable scientists to decode the dialog between the host and the bacteria and also to shed light on the way in which antibiotics can disrupt immune development as antibiotics lead to SFB disappearance from the gut.