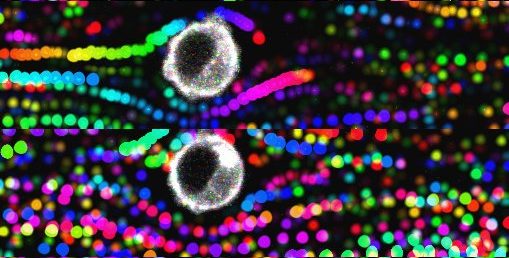 Circulating tumor cells use the blood and lymphatic networks to disseminate within the body, forming metastases distant from the primary tumor. Inserm researcher Jacky Goetz and his Tumor Biomechanics team at the Molecular ImmunoRheumatology laboratory (Inserm/Université de Strasbourg) have helped to show that the flow properties of these biological fluids have a huge influence on the risk of developing metastases. They observed that the slowdown of blood flow where the arteries branch out gives cancer cells the opportunity to attach to and pass through the vessel wall, and then colonize the tissues. The team describes its work in a review article published in Nature Reviews Cancer.

Cancer cells largely exploit the biological fluids in order to disseminate within the body and form metastases in locations remote from the primary tumor. While some access the bloodstream directly, others do so first by escaping from the tumor via the interstitial fluid and lymphatic network to then colonize the lymph nodes before joining the bloodstream.

Jacky Goetz, Inserm Research Director of the Tumor Biomechanics team at the Molecular ImmunoRheumatology laboratory (Inserm/Université de Strasbourg), has been studying these mechanisms for a number of years. His research has been showcased in Nature Reviews Cancer.

Goetz and his team developed a zebrafish embryo model to study the links between blood flow properties, the formation of circumstances favorable to metastases, and their development in the body. The transparency of this animal made it possible to observe in vivo and in real time using a microscope the displacement of cells or tumor extracellular vesicles that had been rendered fluorescent. This enabled the scientists to calculate with precision the flow characteristics — the speed and pressure exerted on the cells — and to correlate these data with the development of metastases.

The researchers were able to observe that the cancer cells circulate rapidly in the large arteries without the ability to stop. However, when the arterial diameter narrows and the blood network branches out, the blood flow slows markedly, giving the tumor cells the opportunity to attach to the vessel wall, pass through it — a phenomenon known as extravasation —, and then colonize the tissues. The team identified a certain number of “hotspots” for this extravasation, corresponding exactly to the most common metastatic sites in humans, there where the blood network is made up of many small capillaries: the brain, lungs and liver. This research was confirmed in collaboration with teams from Germany, in a cohort of 100 patients with brain metastases. Goetz’ team also discovered that it is possible in the zebrafish to change the location of the hotspots, and therefore that of the metastases, by changing the speed of the blood flow.

Also with the help of the zebrafish, they observed that metastatic formation was preceded by the release of tumor‑derived extracellular vesicles. These contain proteins, DNA, RNA, and appear to act as veritable scouts for the tumor cells, possibly to prepare their implantation. The research team showed that the behavior of these vesicles in the blood is similar to that of the tumor cells, and also depends on the force of the blood flow.

Finally, the researchers correlated the force of the flow with the action of two proteins located on the tumor cell surface, which can only act when the blood flow is slowed down. The first, CD44, acts like a brake by attaching to the vessel wall. The second, α5ß1 integrin, enables the cell to stop and to pass through the vessel wall and out of the blood circulation. In zebrafish and mice, the absence of α5ß1 integrin strongly slows metastatic growth.

“Overall, this research shows that if we are to prevent the development of metastases, we cannot just focus on the inherent properties of the tumor, its microenvironment or that of the metastases, we must also consider the role played by the biological fluids. Preventing the circulating cells from stopping or from attaching to the vessel wall could, for example, reduce this risk”, concludes Goetz. 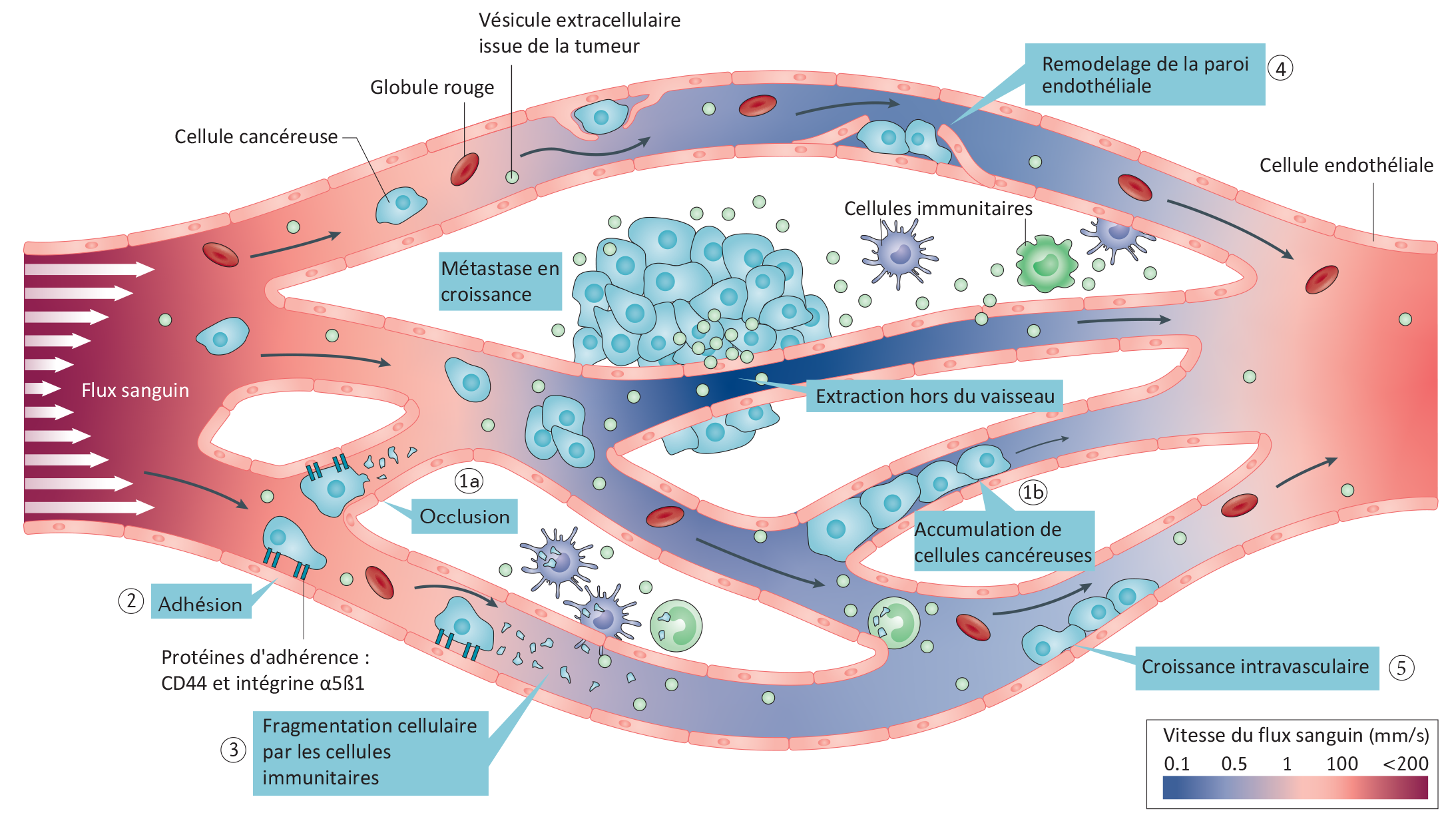 Circulation, adherence and extravasation of tumor cells and vesicles to form a metastasis according to changes in blood flow speed. ©Jacky Goetz / Nature Reviews Cancer, 2019

In patients with familial adenomatous polyposis, a genetic disease predisposing to colon cancer, mutations of the APC gene induce the formation of intestinal polyps, but also reduce immune system activity. In a new study, researchers describe the mechanisms that modify the structure ...