A team from INSERM Mixed Research Unit 966 “Morphogenesis and Antigenicity of HI and Hepatitis Viruses” headed by Martine Braibant and Francis Barin in Tours, has confirmed, with the support of the ANRS, that the AIDS virus has gradually adapted itself to the immune response of the human population during the course of the epidemic. Starting from the time it was isolated in the 1980s to the present day, the virus has become less and less sensitive to neutralising antibodies, complicating the creation of an effective preventive vaccine. Researchers have also shown that the combination of two powerful neutralising antibodies remains capable of neutralising in vitro the most recent HIV variants. Details of the research are published in the journal PLoS Pathogens.

The development of a vaccine that is effective against HIV remains one of the major challenges in the fight against AIDS. Considerable progress has been made in recent years with the identification of human neutralising antibodies capable of blocking in vitro infection caused by the very numerous variants of HIV -1. The scientific community is considering performing clinical trials in humans, using some of these antibodies. One of the issues that remains to be resolved is that of the choice of antibodies and the best combination of antibodies to be used in order to afford the widest possible protection in view of the huge variability of possible forms of HIV -1 currently circulating in the world. 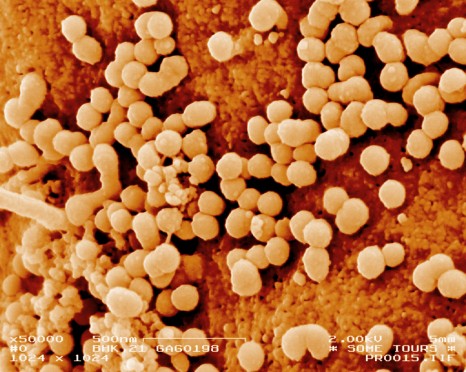 The research, headed by Martine Braibant and Francis Barin (INSERM-Université de Tours Mixed Unit) with the support of the ANRS, confirms that during the course of the epidemic HIV-1 has gradually adapted itself to the immune response of the human population by becoming less and less sensitive to certain neutralising antibodies. In order to arrive at these results, the researchers were able to analyse viruses taken from samples in patients infected between the late 1980s and the year 2010[1].

“Although it was known that, at an individual level, the virus was able to adapt and circumvent the individual’s own means of defence, our work confirms that the pressure of selection exercised on the virus has had repercussions on a population-wide scale”, explains Martine Braibant.

Despite this depressing prospect, in the same publication, researchers identify a combination of two powerful neutralising monoclonal antibodies developed by Caltech and the Scripps Research Institute (NIH45-46G54W and PGT128) that still remain capable of neutralising in vitro the most recent variants and do so at a concentration compatible with their use in humans.

This study stresses the need to monitor the development of the sensitivity of HIV -1 variants to the various neutralising antibodies. The work of the researchers opens up interesting prospects for teams involved in researching a vaccine to prevent HIV .

Neutralising antibodies: one of the research pathways for developing an anti-HIV vaccine

Current anti-viral vaccination concepts are largely based on the fact that certain so-called neutralising antibodies, by attaching themselves to viral proteins, inhibit the early stages of HIV infection. When blocked in this way, the virus cannot reproduce and is eliminated.

Scientists have currently identified the immune response to be induced via the identification and characterisation of wide-spectrum neutralisation antibodies. They have not yet succeeded in enabling this type of antibody to be produced in the human body through a standard vaccination. One of the research pathways being pursued is the introduction of gene coding for these antibodies in viral expression vectors so as to cause them to be secreted directly into the circulation. This antibody approach has been tested in France as part of the ANRS/VRI vaccine research programme (Vaccine Research Institute)

TO CITE THIS POST :
Press release – Inserm press room The way the virus continually changes complicates the development of a vaccine against HIV Link : https://presse.inserm.fr/en/the-way-the-virus-continually-changes-complicates-the-development-of-a-vaccine-against-hiv/9032/