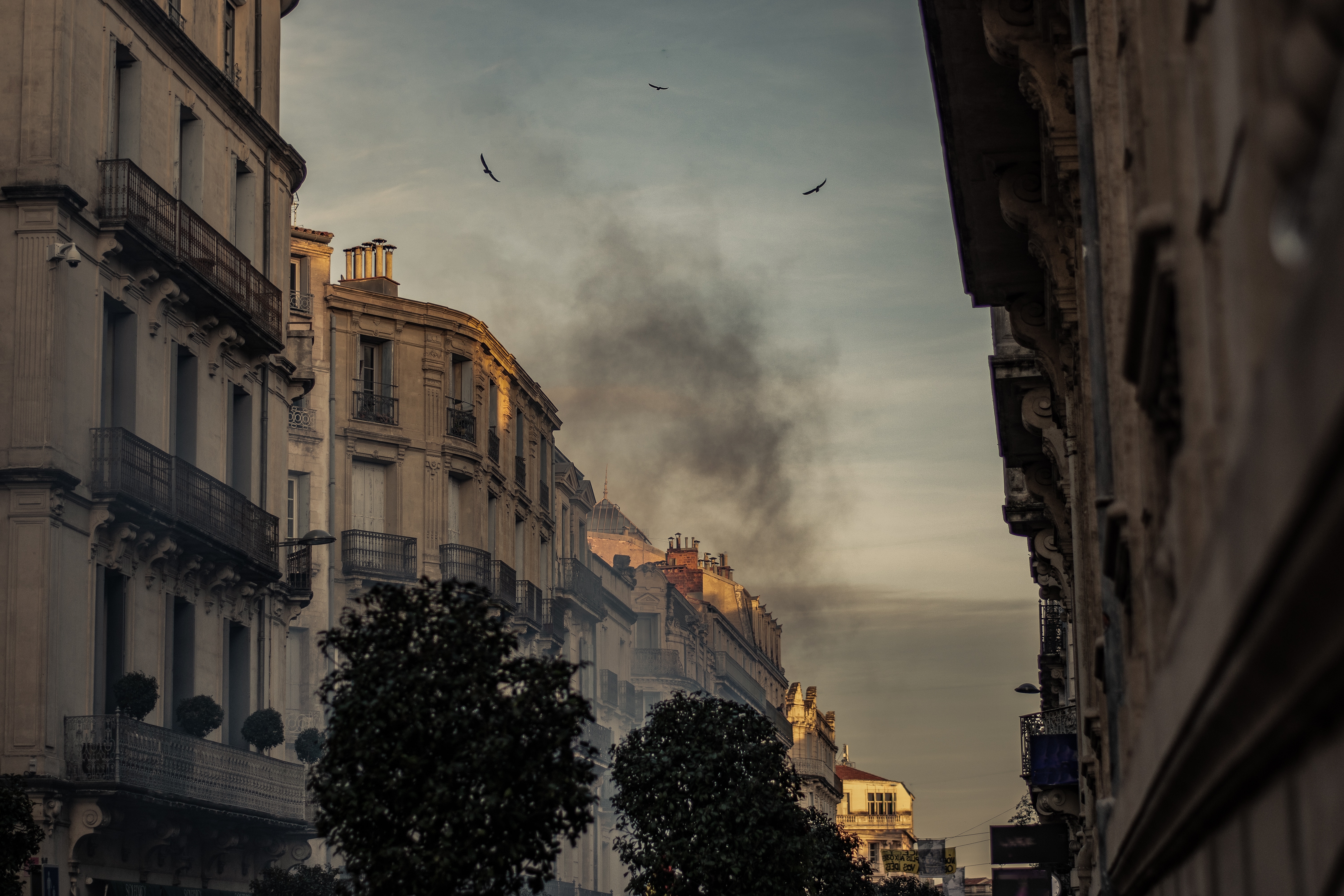 ©Photo by Pierre Herman on Unsplash

To produce a significant reduction in mortality due to fine particulates, their average level should be reduced by at least 3 micrograms per m3 as a yearly average, concludes an interdisciplinary study led by researchers from Inserm, the CNRS, INRA, Atmo Auvergne Rhône-Alpes and the Université Grenoble Alpes. This work, published in Environment International, also provides an estimate of the costs of pollution in urban areas: €1200 per inhabitant per year in the Lyon and Grenoble conurbations.

Exposure to fine particulate matter (PM2.5) is recognized to have significant effects on health in urban areas (including cardiovascular and respiratory mortality and disease, and pregnancy and fetal growth problems), but can be reduced. However, public policies designed to reduce atmospheric pollution are often developed without setting the explicit health benefits to be achieved.

So what should the target values be if we want to significantly improve health, decrease health costs, and reduce environmental inequalities? A multidisciplinary team of researchers (epidemiologists from Inserm, biologists and economists from the CNRS and INRA, and air quality specialists from Atmo Auvergne Rhône-Alpes) looked at different hypothetical scenarios for improving air quality in order to identify those that would be most effective.

First, yearly average exposure to PM2.5 was estimated using air quality observation tools and data on the location of housing in the Grenoble and Lyon conurbations (0.4 and 1.4 million inhabitants respectively). Based on previously established dose-response relations, the researchers estimated variations in the number of deaths and cases of lung disease, life expectancy, and associated economic costs for ten different scenarios for reducing PM2.5.

Using the actual situation over the period 2015-2017 as a baseline, with an average concentration of around 14 and 15 µg/m3 in Grenoble and Lyon, and comparing it to a hypothetical situation without human-produced fine particulates (equating to a concentration of 4.9 µg/m3), fine particulate pollution was considered to be responsible for 145 deaths per year in Grenoble (5.6% of deaths, with a 2% margin of error either way) and 16 cases of lung cancer. In Lyon, the respective numbers were 531 and 65. The associated costs, which included tangible costs linked to treatment, but also “intangible” costs linked to the psychological impact on friends and family, came to nearly 500 million euros per year in Grenoble and 1.8 billion/year in Lyon.

The scenarios designed to obtain spatially homogeneous exposure to pollution across the entire study area were the most effective. “Measures that are highly spatially limited – or limited by time, for example, to ‘peak’ pollution periods – would appear to have a much lower impact on both mortality and on reducing health inequalities, ” explains Rémy Slama, Inserm research director.

In relation to mortality, reducing exposure to PM2.5 in line with the WHO (World Health Organization) guideline value for air quality (10 μg/m3) would halve mortality attributable to PM2.5 of human origin, while a reduction of 2.9 μg/m3 (Grenoble) and 3.3 μg/m3 (Lyon) would be required to reduce the mortality attributable to these particulates by a third. It is not simply deaths among vulnerable individuals that would be prevented: life expectancy would also simultaneously increase by around 3 months.

This kind of study can be easily transposed to other conurbations, and may help French cities, many of which have similar levels of pollution to those in Grenoble and Lyon, to focus on scenarios for reducing atmospheric pollution that make it possible to significantly improve health and well-being. The team of researchers is now working to identify the concrete measures that might be taken in relation to the main sources of pollution (heating and road traffic) in order to achieve such a decrease in pollution concentrations.

This study was carried out as part of the QAMECS and MobilAir projects supported by ADEME, Grenoble-Alpes Métropole and IDEX Université Grenoble Alpes.
TO CITE THIS POST :
Press release – Inserm press room Better air quality: what should the target values be for improving health? Link : https://presse.inserm.fr/en/better-air-quality-what-should-the-target-values-be-for-improving-healthquelle-valeur-viser-pour-ameliorer-la-sante/35241/

Which decreases in air pollution should be targeted to bring health and economic benefits and improve environmental justice?