One Step Closer to Restoring Respiratory Function in Cystic Fibrosis? 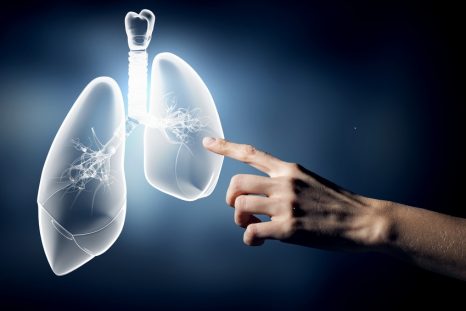 A new study by Olivier Tabary and his colleagues at the Saint-Antoine Research Center (Inserm Unit 938/Université Pierre et Marie Curie (UPMC), Sorbonne Universities) has revealed a new mechanism that makes it possible to restore the functioning of a cell channel found particularly in the lung mucosa of cystic fibrosis patients. This transfer, usually operated by the CFTR protein, is deficient in patients with cystic fibrosis and known for forming the basis of the disease. The findings, published in Nature Communications, open up the possibility of a therapy that would enable sufferers to recover their respiratory function.

Cystic fibrosis is a serious illness which affects digestive and pulmonary function, and affects 1 in every 4,500 newborns on average. Thanks to progress made by research, life expectancy has increased from a mere 5 years in 1960 to around 40, at present. This genetic disease is related to the deficiency of an extremely unstable gene, located on chromosome 7 which encodes a protein known as the cystic fibrosis transmembrane conductance regulator (CFTR). To date, over 2,000 mutations in this gene have been identified, making therapeutic approaches complicated.

Present in cell membranes of various mucous membranes (digestive system, lungs, etc.), the CFTR protein works as a channel transporting chloride ions into and out of cells. When the protein is deficient (following the mutation of the coding gene), the channel ceases to function. In the lungs, this brings about cycles of chronic infection and inflammation leading to the destruction of the pulmonary epithelium. The person will then present symptoms of cystic fibrosis.

Since the discovery in 1989 of the CFTR gene implicated in cystic fibrosis and the underlying genetic mechanisms, researchers have continued to further knowledge and propose new therapies. Nevertheless, these therapies have only been used in a small proportion of patients up until now, and with relatively weak effects. In 2008, the Anoctamin-1 (ANO1) chloride channel was identified for the first time. Given the deficiency of the CFTR protein in cystic fibrosis patients, the ANO1 channel was proposed as a therapeutic target for restoring chloride efflux.

In a recent study published in Nature Communications and conducted by Olivier Tabary (Inserm Unit 938 Saint-Antoine Research Center), the researchers describe a regulation mechanism revealing the inhibitory effect of a microRNA (mirR-9) on the ANO1 channel.

With a therapeutic objective in mind, the team of researchers has succeeded in preventing miR9 from binding to ANO1 – thanks to the synthesis of a nucleic acid sequence. This makes it possible to stop microRNA inhibition of the chloride channel and restore its function.

“Using this technique, we were able to restore chloride efflux, tissue distribution and mucociliary clearance in the cell lines of mice and cystic fibrosis patient cell cultures. These are all important parameters in the disease’s progression. Such a strategy would ultimately make it possible to target all patients with cystic fibrosis, regardless of their gene mutation, and correct major parameters in the development its pathophysiology,”  explains Tabary.