Neurons cannot properly defend themselves against Huntington’s disease, right from the onset of the pathology. This has been discovered by a team of Inserm researchers from the Paris-Seine Biology Institute (IBPS) (Inserm/CNRS/Pierre and Marie Curie University) and their American and Australian colleagues. The cause is the failure of an important mechanism involved in cellular longevity. In addition to this result, the present study shows the importance of restoring the ability of the neurons to resist stress in order to delay the manifestations of the disease. This work is leading to a new approach for treating neurodegenerative diseases. The results of this work are published in PLoS Biology. 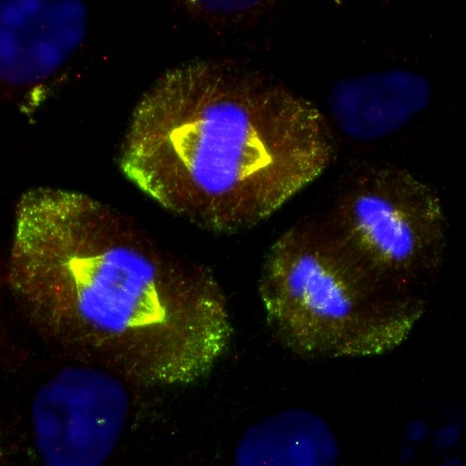 Huntington’s disease is a hereditary neurodegenerative disease, the symptoms of which include involuntary movements (chorea), and cognitive and psychiatric problems. The disease can become apparent at any age, but generally does so at around 40 years. It develops over many years, with progressive loss of autonomy, and death after an average of 15-20 years. There is currently no curative or preventive treatment. However, appropriate care can improve a patient’s condition.

Approximately 6,000 people would be affected by this disease in France, and there are probably more who carry the genetic mutation that causes the disease. Genetic, epigenetic and environmental factors may help to explain the differences between patients, both in terms of diversity and severity of the symptoms encountered and in the age at which the disease appears.

Huntington’s disease is caused by mutations in the huntingtin gene and the production of abnormally formed proteins of the same name. The mutant huntingtin generates continuous cellular stress that leads to the death of some neurons, especially in the striatum (central part of the brain). From this postulate, the researchers proposed a hypothesis that studying this disease might help in understanding how neurons resist stress in neurodegenerative diseases.

“Up to now, we thought that neurons were able to adapt to this stressful situation, and to resist it by fully mobilising their abilities to compensate. What we discovered was that resistance to stress is defective in these neurons from the very outset, and that it is lower than that of a normal cell,” points out Christian Néri, an Inserm Research Director at the Paris-Seine Biology Institute (IBPS) (Inserm/CNRS/Pierre and Marie Curie University). “This is an unexpected situation, caused by early abnormalities that block the mechanisms responsible for the longevity of adult neurons. This raises the question of the “biological age” of neurons in neurodegenerative diseases,” he adds.

The scientist and his French, American and Australian colleagues worked on a small worm (Caenorhabditis elegans) which, because it is transparent, means that its neurons are easy to manipulate and observe. Using versions of these animals in which the mutant huntingtin gene is introduced into the neurons, they studied the effects of huntingtin at genome level with the help of mathematical modelling. They demonstrated an inhibition of the FOXO proteins, which are known to play an important role in longevity and resistance to stress. In centenarians, the FOXO genes may be effective in fighting cellular stress. The secret of their longevity might be explained by better “equipment” for resisting stress.

The researchers confirmed these results in other models of the disease, bringing to light the close relationships between cellular longevity and resistance to neurodegenerative diseases.

Above all, however, this research, which is central to Inserm’s International Associated Laboratory (LIA) for “Neuronal Longevity,” shows the importance of restoring neuronal capacity for resistance to stress in delaying the manifestations of the disease.

This therapeutic avenue might be of particular relevance for combating the very initial stages of Huntington’s disease and other neurodegenerative diseases. 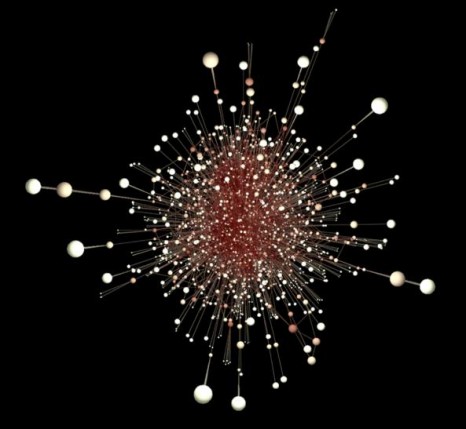 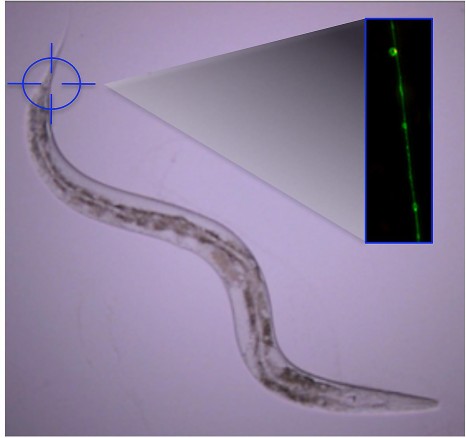 Picture 1 The researchers used systems biology to decipher the complexity of the toxic effects of mutant huntingtin on the neuronal genome. They analysed the expression of this genome using mathematical models based on gene interaction networks. The result is illustrated here in stylised 3D form.

Picture 2 The researchers worked on small transparent worms. These are transgenic C elegans nematodes that model the neuronal pathology found in Huntington’s disease. Morphological abnormalities in the neuronal axons of the live animal can be seen with the help of fluorescent markers.

TO CITE THIS POST :
Press release – Inserm press room Neurons are oversensitive to cellular stress from the outset in Huntington’s disease Link : https://presse.inserm.fr/en/neurons-are-oversensitive-to-cellular-stress-from-the-outset-in-huntingtons-disease/12901/