Researchers from Paris Descartes University, CNRS, Inserm, University Paris-Est Créteil (UPEC) and the Paris Public Hospitals (AP-HP) have shown that analysis of epigenetic modifications could be used as a universal marker for monitoring tumour DNA circulating in the bloodstream of patients with colorectal cancer. This study is based on hypermethylation analysis of two genes (WIF1 and NPY) using a cutting-edge method: droplet-based digital PCR[1]. These results were published on 1 June 2016 in the journal Clinical Chemistry. 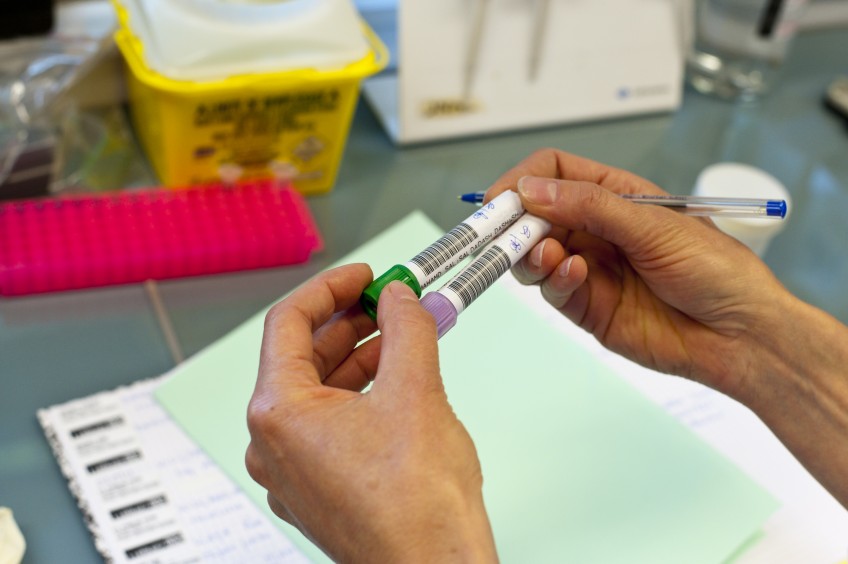 Procedures for diagnosing and monitoring the various forms of cancer have evolved greatly in recent years. Thus, the liquid biopsy, which consists of analysing genetic markers for cancer present in the patient’s bloodstream, rather than the tumour, is becoming common. This method has the advantage of being noninvasive, and of offering precise mapping of the state of progress of a patient’s tumours by analysing the DNA released from them and disseminated in the bloodstream.

Moreover, it has been recently proved that mutations in tumour DNA might be responsible for resistance to some therapies. “Our research is mainly focused on colorectal cancer. One of our strategies involves analysing tumour-specific genetic markers by sequencing, and then looking for the presence or absence of one or more of these marker(s) using blood samples. Thanks to this, we can precisely measure the efficacy of a therapy or the recurrence of a cancer,” explains Valérie Taly, CNRS Research Director.

This research has thus shown that there is a wide variety of genetic markers in tumours, making analysis difficult if not impossible. “We had calculated, for example, that some thirty different tests would be needed to monitor slightly more than half of the patients in our cohort. Since the other half of the patients had rare or even unique mutations, it would have been necessary to develop nearly one test per patient,” continues Valérie Taly.

It was therefore necessary to find markers that may be universal, and which would enable monitoring of a maximum of patients with a minimum of tests. In addition, by collaborating with the team led by Professor Iradj Sobhani, from Henri Mondor Hospital, AP-HP, who demonstrated epigenetic markers for tumour DNA, the group led by Dr Valérie Taly and Professor Pierre Laurent Puig, from Georges Pompidou European Hospital, AP-HP, proceeded to analyse blood from cancer patients using droplet-based digital PCR. This method consists of dividing a biological sample into millions of microscopic compartments (in this case droplets a few picolitres in size), such that each compartment contains no more than one target DNA molecule. Each target DNA molecule can then be tested individually, enabling the achievement of a sensitivity and precision unattainable by conventional methods. This procedure showed that hypermethylation of the WIF1 and/or NPY genes was detectable in 100% of the tumours, whether these were localised or metastatic, and that these markers could also be detected in the patients’ blood.

“Furthermore, we showed that the detection of circulating tumour DNA and its dynamics by monitoring a particular mutation completely correlated with its detection by monitoring these hypermethylations. This allowed us to conclude that characterisation of these methylation markers could enable monitoring of all patients from the cohort we mentioned earlier,” says Valérie Taly. With these results, the scientists have shown that it is possible to both monitor the efficacy of a treatment in patients with advanced cancer, and detect possible recurrences earlier than the methods in current use.