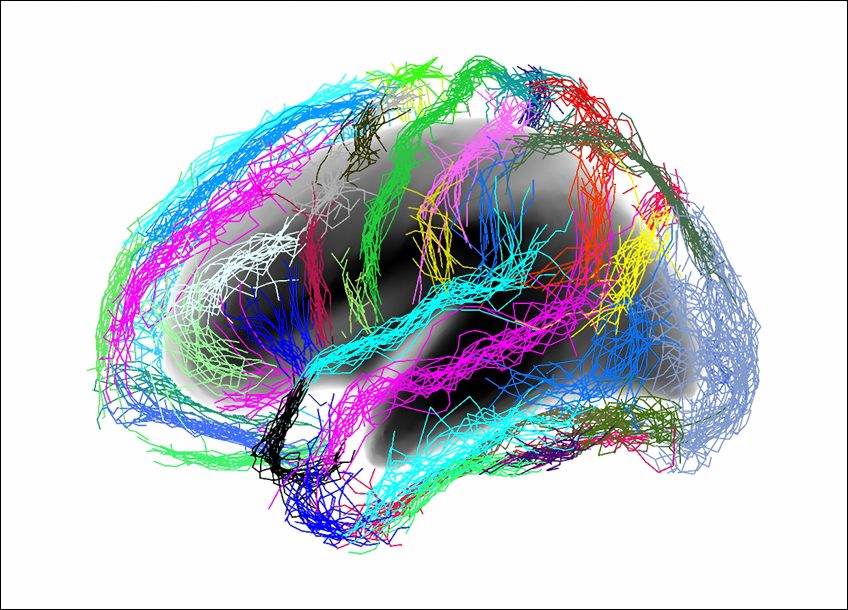 Currently, anatomical analysis of the cerebral cortex by MRI can be used to diagnose 80% of patients with Alzheimer’s disease. But what if analysis of another brain structure could provide better results? This was the finding of a collaborative team of researchers from Inserm, the Université de Paris, and the CEA (French Alternative Energies and Atomic Energy Commission), led by Maxime Bertoux, now an Inserm researcher within Unit 1171, Degenerative and Vascular Cognitive Disorders (Inserm / Université de Lille / Lille University Hospital). According to their study, published in Neurobiology of Aging, morphological analysis of the cortical sulci could make it possible to identify Alzheimer’s disease in 91% of cases. The size of these sulci also appears to be associated with the stage of disease progression and cognitive decline. Their research suggests the potential value of this method in diagnosis and patient follow-up.

Anatomical analysis of the brain using MRI (magnetic resonance imaging) typically consists of measuring the thickness of the cerebral cortex (the tissue also known as “gray matter” that covers the two cerebral hemispheres) and the volume of various areas of the brain such as the hippocampus, the atrophy of which is one of the early signs of Alzheimer’s disease. This method can be used to correctly detect the disease in around 80% of patients. The team led by Inserm researcher Maxime Bertoux has shown that MRI analysis of the cortical sulci is even more effective.

The sulci are the grooves of the brain, which tend to get wider with age. This change in the sulci is accompanied by a decrease in the thickness of the surrounding cortex. The acceleration of this process in Alzheimer’s disease had been shown by the same research group in previous studies. This time, the group wanted to find out whether morphological analysis of the sulci could be used as a diagnostic marker for the disease and its stage of progression.

The researchers performed a brain MRI scan of 51 patients with Alzheimer’s disease, some at an early stage and others at an advanced stage, along with 29 control participants without the disease. Diagnosis was made based on a laboratory work-up, which included both a lumbar puncture to test for the presence of disease biomarkers, and positron emission imaging (a PET scan) to show amyloid deposits, the build-up of protein in the form of plaques characteristic of some neurodegenerative diseases.

The researchers then used the Morphologist software program recently developed at NeuroSpin (the Center for Neuroimaging at the CEA), which allowed them to digitally recreate a “mold” of the brain in negative from an MRI scan. The software then extracted a mean value for the width of each sulcus and the thickness of the surrounding cortex from 18 areas of each cerebral hemisphere. Meanwhile, the researchers took standard measurements of the volume of various areas of the brain and of the cortical thickness, in order to compare the two methods.

An algorithm was then used to correlate the health status of each participant (control or patient) to the measurements found. The researchers found that the width of a group of several sulci, in particular in the frontal and temporal lobes, was associated with Alzheimer’s disease. This measure could be used to determine the health status of participants in 91% of cases, compared to only 80% for the standard anatomical measurements. The morphology of the sulci also appears to change with the stages of the disease: in patients with more advanced cognitive decline, they were wider.

“These measures indicating disease progression appear to be correlated with cognitive performance,” explains Bertoux, “which may be very useful for clinical trials investigating the efficacy of a potential drug. In addition, these measures require only an MRI machine and largely automated analysis, meaning they can be taken in a large number of health institutions. The method still requires validation in larger groups of patients, but it could have great clinical potential,” he concludes. Bertoux is already using this new approach to identify the specific characteristics of other neurodegenerative diseases, including frontotemporal dementia.

For sociologists, our individual memories are shaped by the collective memory of our community. Until this new study, this phenomenon had never been studied at the neurobiological level. ...