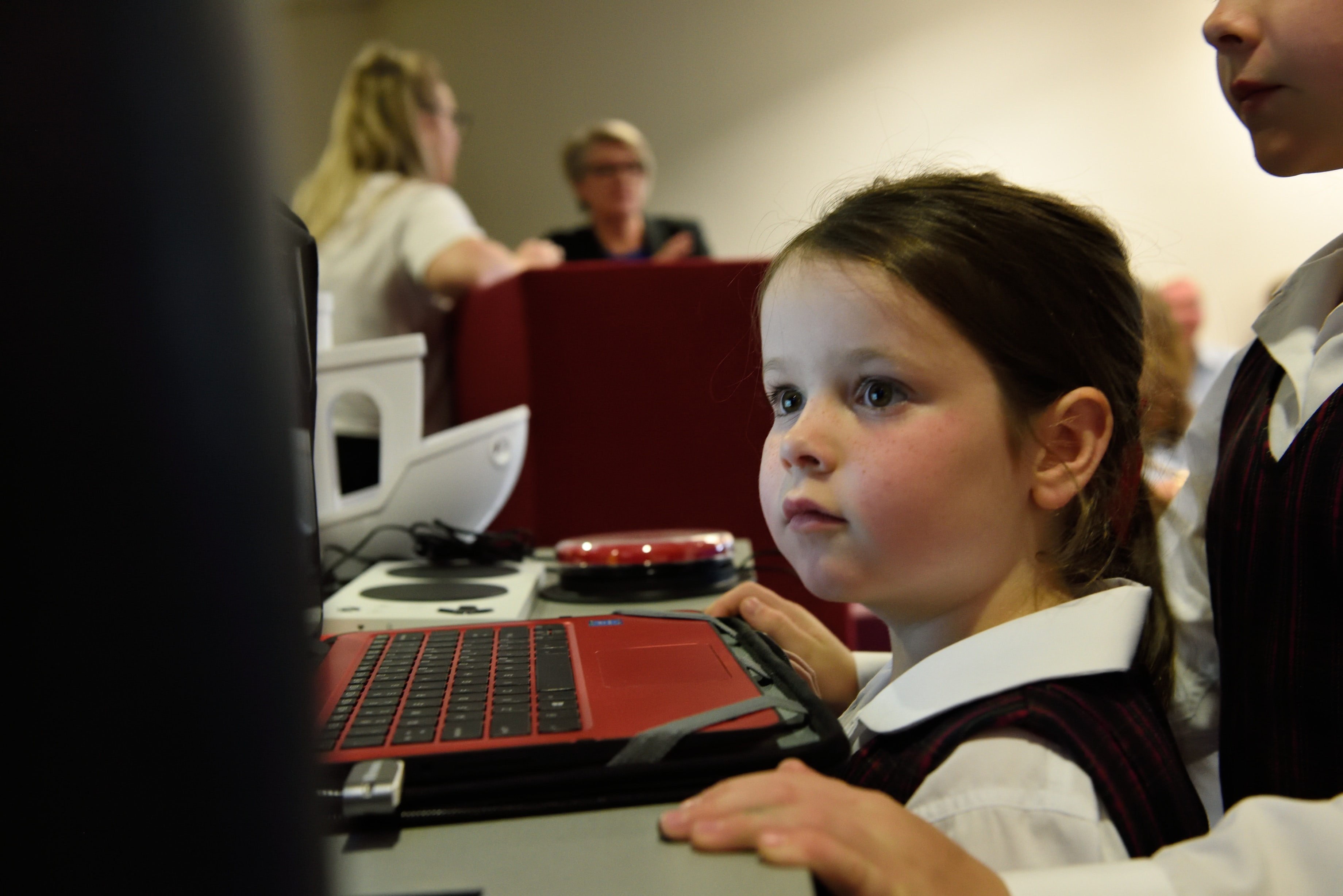 In order to see objects clearly, our eyes need to be able to work together by superimposing the images perceived by each eye: by rotating inwards (convergence) when the object is close, and by releasing this convergence when switching to object farther away. This ability of our eyes to perform symmetrical and coordinated movements (at the same speed and amplitude) is called binocular vergence. Vergence disorders or orthoptic disorders are therefore characterized by poor coordination of the two eyes. In children, these can generate incapacitating symptoms (dizziness, instability, difficulty reading, etc.) which can be responsible for school absenteeism and learning difficulties.

A team of researchers led by Sylvette R. Wiener-Vacher (AP-HP practitioner) and Maria Pia Bucci (CNRS researcher) in Unit 1141 NeuroDiderot: Neurodevelopmental and neurovascular diseases (Inserm/Université de Paris), had previously shown that children presenting with dizziness and normal neurological and vestibular[1] examinations should be screened for vergence disorders. Their latest research, published in Frontiers in Integrative Neuroscience, shows that dizziness linked to vergence disorders in children could be treated by a combination of orthoptic training and reduced screen time.

Over a 3-year period, the research team evaluated the efficacy of orthoptic training in children referred to the ENT Department of Robert-Debré hospital – AP-HP for dizziness. Forty-nine children presenting with vergence insufficiency as sole cause of their symptoms were enrolled in this study, along with 109 healthy control children. Each child was followed up for 9 months and underwent orthoptic evaluation (vergence capacity tests) as well as recordings of the eye movements at various stages of the study: before and 3 months after the start of orthoptic training, and 6 months after the end of the training. The researchers also advised all children to reduce their use of video screens which was intensive (~ 3.6 h per day) and which appeared as a potential aggravating factor.

These findings indicate that orthoptic treatment, when combined with instructions to reduce screen time, shows a significant long-term effect on the symptoms of dizziness and on the oculomotor performance of the children being monitored.

“These new findings could have a positive effect on the recognition of the efficacy of orthoptic training, which remains controversial”, specify the authors.

The results of this study also suggest that intensive screen use can aggravate pre-existing latent orthoptic problems, with the researchers specifying that “Today many children are exposed to small video screens for long periods of time. The increasing prevalence of symptomatic vergence insufficiency that we observed could be explained by this lifestyle. ” The authors recommend the inclusion of orthoptic training in clinical tests for children suffering from dizziness as well as reduced exposure to video screens, particularly for children presenting vergence disorders.

[1] The vestibule is part of the inner ear which is involved in maintaining balance.

Dizziness and Convergence Insufficiency in Children: Screening and Management