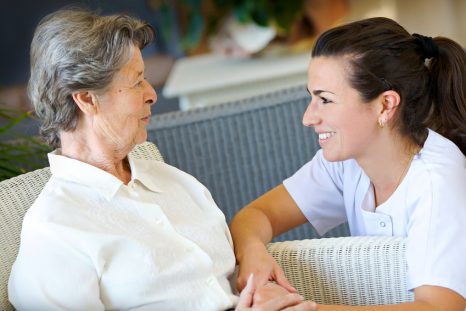 A new home-based therapeutic approach targeting dementia patients, “occupational therapy,” can slow their loss of autonomy and reduce behaviour problems. These results come from a new study published by Inserm researchers (Unit 1219 “Institute of Public Health, Epidemiology and Development” [ISPED]) in the Journal of Alzheimer’s Disease.

France deployed a huge effort to improve the care of patients with dementia in 2008, with a national plan for Alzheimer’s disease. This effort was consolidated by the following government (Neurodegenerative Diseases Plan). Some new care arrangements were put in place, such as the Specialised Alzheimer’s Teams (ESA) that offer occupational therapy to Alzheimer’s patients. This therapy involves encouraging patients to perform certain activities or to maintain their autonomy in a secure and effective manner, while taking their lifestyle and environment into account. Based on the intervention of occupational therapists, psychomotor therapists and geriatric care assistants, care is provided at home on medical prescription. Although its efficacy had been demonstrated in some clinical trials, it had not been demonstrated under routine care conditions, and deserved to be studied.

421 patients with dementia referred to ESAs by their general practitioner or a specialist physician were followed up for 6 months. The researchers evaluated their clinical progression from the start to the end of the intervention (a period of 3 months), and then after a further 3 months.

This observational study, carried out in real-life conditions, demonstrated a clinical benefit for patients with dementia during the intervention period.

The results indicate that the patients’ behavioural problems, the time spent by the carers taking care of their sick relative and the emotional burden associated with this care had significantly decreased in the 3 months of the intervention and were stable after this period. Patient quality of life also improved.

The cognitive performances of patients remained stable during the 6 months of the study. Functional autonomy also remained stable during the 3 months of the intervention, but was significantly reduced thereafter. Finally, in the group, the most recently diagnosed patients derived the greatest benefit in terms of functional decline. These discoveries suggest that occupational therapy services should prioritise patients with early stage Alzheimer’s disease, in order to optimise any clinical benefits.

This study emphasises the potential of this type of care in for the well-being of patients and their carers. These results also open up a new area of research regarding occupational therapy in France. Indeed, this intervention was designed as a short-term home-based measure, but the long-term advantages of the care, and the consequences of stopping it remain unknown. With this in mind, the Inserm research team will conduct a trial to compare the efficacy of occupational therapy over an additional 4-month period to that of the usual recommended care.