Why does the brain remember dreams?

Some people recall a dream every morning, whereas others rarely recall one. A team led by Perrine Ruby, an Inserm Research Fellow at the Lyon Neuroscience Research Center (Inserm/CNRS/Université Claude Bernard Lyon 1), has studied the brain activity of these two types of dreamers in order to understand the differences between them. In a study published in the journal Neuropsychopharmacology, the researchers show that the temporo-parietal junction, an information-processing hub in the brain, is more active in high dream recallers. Increased activity in this brain region might facilitate attention orienting toward external stimuli and promote intrasleep wakefulness, thereby facilitating the encoding of dreams in memory.

The discovery in video ( subtitles in english ) :

The reason for dreaming is still a mystery for the researchers who study the difference between “high dream recallers,” who recall dreams regularly, and “low dream recallers,” who recall dreams rarely. In January 2013 (work published in the journal Cerebral Cortex), the team led by Perrine Ruby, Inserm researcher at the Lyon Neuroscience Research Center, made the following two observations: “high dream recallers” have twice as many time of wakefulness during sleep as “low dream recallers” and their brains are more reactive to auditory stimuli during sleep and wakefulness. This increased brain reactivity may promote awakenings during the night, and may thus facilitate memorisation of dreams during brief periods of wakefulness.

In this new study, the research team sought to identify which areas of the brain differentiate high and low dream recallers. They used Positron Emission Tomography (PET) to measure the spontaneous brain activity of 41 volunteers during wakefulness and sleep. The volunteers were classified into 2 groups: 21 “high dream recallers” who recalled dreams 5.2 mornings  per week in average, and 20 “low dream recallers,” who reported 2 dreams per month in average. High dream recallers, both while awake and while asleep, showed stronger spontaneous brain activity in the medial prefrontal cortex (mPFC) and in the temporo-parietal junction (TPJ), an area of the brain involved in attention orienting toward external stimuli. 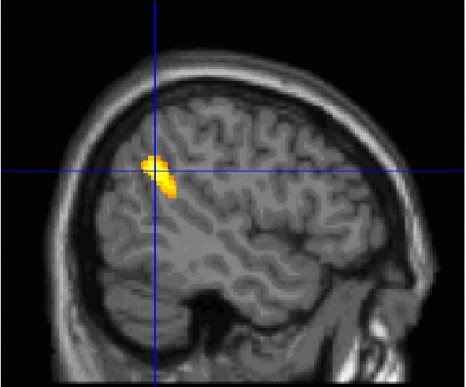 “This may explain why high dream recallers are more reactive to environmental stimuli, awaken more during sleep, and thus better encode dreams in memory than low dream recallers. Indeed the sleeping brain is not capable of memorising new information; it needs to awaken to be able to do that,”

The South African neuropsychologist Mark Solms had observed in earlier studies that lesions in these two brain areas led to a cessation of dream recall.  The originality of the French team’s results is to show brain activity differences between high and low dream recallers during sleep and also during wakefulness.