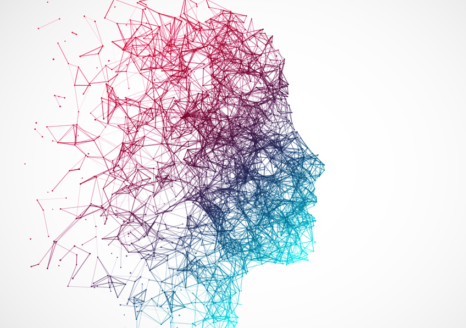 Anxiety disorders are the most common psychiatric conditions in adolescence, with nearly one in three individuals affected. © Adobe Stock

Anxiety disorders are the most common psychiatric conditions in adolescence, with nearly one in three individuals affected. Some of these disorders – such as panic disorder or generalized anxiety disorder[1] – tend to emerge slightly later in life or consolidate in early adulthood. Therefore, identifying those who are at high risk of developing clinical anxiety (which meets specific diagnostic criteria) is crucial. For the first time, a team led by Inserm researchers Jean-Luc Martinot and Éric Artiges at the Developmental Trajectories and Psychiatry laboratory (Inserm/ENS Paris-Saclay) and the Borelli Center[2] (CNRS/Université Paris-Saclay) looked for factors that would predict the onset of anxiety disorders in adolescence. They monitored the mental health of a group of adolescents aged 14 to 23. Thanks to artificial intelligence, they have identified the warning signs most predictive in adolescence of the onset of anxiety disorders in these young adults. The results of this study have been published in Molecular Psychiatry.

A person is considered to suffer from an anxiety disorder when they experience intense and long-lasting anxiety that has no relation to an actual danger or threat, and which disrupts their usual functioning and daily activities. These disorders, which are encountered very frequently in the general population (with around 21% of adults thought to be affected at least once in their lifetime), often begin in childhood or adolescence. Therefore, being able to better identify them in these age groups would avoid worsening of the symptoms over the course of life.

While previous studies have highlighted the predictive power of artificial intelligence in psychiatric diseases such as depression and addictions[3], none had looked for predictors of anxiety disorders.

Researchers at the Developmental Trajectories and Psychiatry laboratory (Inserm unit 1299) at the Borelli Center (CNRS unit 9010) sought to detect warning signs in adolescence of the onset of anxiety disorders in adulthood.

In order to do this, the scientists monitored a group of over 2,000 European adolescents who were 14 years of age at the time of their inclusion in the Imagen cohort[4]. The volunteers all completed online questionnaires on their psychological health when they were 14, 18 and 23 years of age. Monitoring the volunteers over time made it possible to measure changes in the anxiety diagnosis.

An in-depth statistical learning study based on an artificial intelligence algorithm then determined whether some of the responses given in adolescence (at age 14) had an incidence on the individual diagnosis of anxiety disorders in adulthood (at age 18-23).

The researchers identified three major predictors or warning signs which, when present in adolescence, significantly increase the statistical risk of anxiety disorders in adulthood. These are neuroticism, hopelessness, and emotional symptoms.

Despair is associated with low scores on the questionnaires evaluating optimism and self-confidence.

Emotional symptoms cover responses to the questionnaires indicating symptoms such as “headache/stomachache”; “a lot of worries, often worried”; “often unhappy, down or tearful”; “nervous in new situations, easily loses confidence”; “is easily afraid”.

Part of the study was also given over to observing the brains of the volunteers using magnetic resonance imaging (MRI). As brain development involves a change in the volume of different brain regions in adolescence, the researchers wanted to identify in these images a possible change in gray matter volume that could be predictive of future anxiety disorders.

While the imaging did not improve the prediction of anxiety disorders in their entirety compared to just the data from the questionnaires, it could enable a more precise determination of the type of anxiety disorder that an individual is likely to develop.

“Our study reveals for the first time that individualized prediction of the onset of future anxiety disorders in adolescence is possible. These identified predictors or warning signs could make it possible to detect people at risk earlier on and offer them an appropriate and personalized intervention, while limiting the progression of these diseases and their impacts on daily life,” explains Jean-Luc Martinot, Inserm research director and child psychiatrist, co-author of the study.

[4] Imagen is a European cohort study that enrolled 2,223 adolescents at age 14 between 2008 and 2011. It is composed of young people from the general population and not patients.

TO CITE THIS POST :
Press release – Inserm press room Predicting the Onset of Anxiety Disorders in Adolescence Thanks to Artificial Intelligence Link : https://presse.inserm.fr/en/predicting-the-onset-of-anxiety-disorders-in-adolescence-thanks-to-artificial-intelligence/46292/

A new study published by researchers from Inserm and University of Bordeaux at the Bordeaux Population Health Research Center reveals in an unprecedented way a link between circulating carotenoids – plant pigments that protect the retina – and the reduced risk of ...