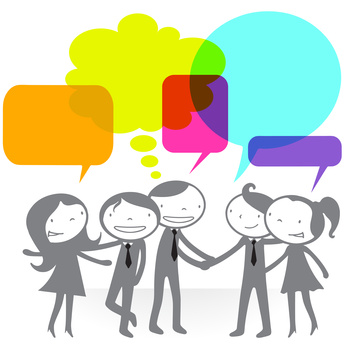 This year, the 6th National Research and Patient Association meeting aims to review and prepare the future prospects for a process that is gathering momentum: not only do relations between the world of research and patient associations exist, they are expanding and are actually involved in research progress, and, as a consequence progress in terms of the health of our fellow citizens. From now on these meetings will be used as a driving force for innovation and transformation in terms of relations between research and society at large.

The survey was a Gram1 initiative (think-tank with patient associations) and was conducted on Inserm researchers in 2012 to improve knowledge and understanding of the type of relations (and their mechanics) that researchers forge with associations and how they perceive this partnership. The first results will be presented during this meeting.

Six hundred and fifty researchers took part in this survey. 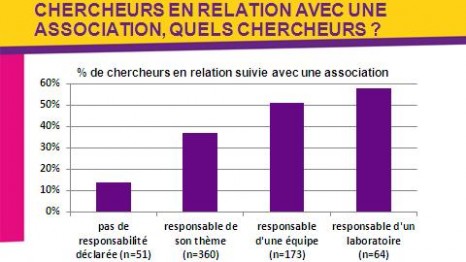 In less than half of all cases, the researchers stated they received financial support. The amount over the total length of collaboration is extremely variable: lower than €40,000 in one out of four cases; and greater than €2,500,000 in 5% of cases. The researchers underlined the possibilities opened up by this support: seed-funding for projects and sponsorship of doctorates or post-doctorates. For their part, researchers support the associations in the field of scientific information for patients, outreach activities, participation in meetings and scientific monitoring. Researchers recognize the important role of scientific mediator, undertaken by associations for patients, meaning four out of five researchers agree with the following statement: “Patient associations are best placed to distribute information to the patients they represent”.

When questioned on benefits in terms of progress in their research, half the researchers consider that information provided by the associations concerning the patients’ daily life and their expectations helps them in their research.

Beyond the support, financial or otherwise, provided for their projects, two thirds of researchers consider that working with a patient association provides a useful, or even determining, motivation for their activity, and 80% of them consider it enhances the value of research results. 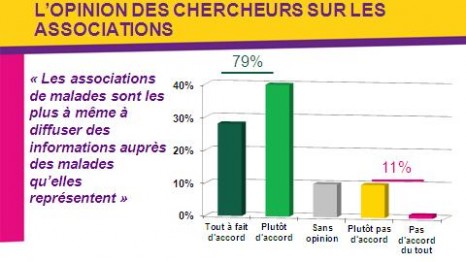 The first results of Cairnet demonstrate that patient associations are present in the world of researchers, which goes against the image of researchers ‘cut-off’ in their laboratories.

The vast majority of researchers surveyed now consider patient associations not only as contacts but also as players who encourage their research activities. Clarification provided by the researchers themselves must make it possible to ensure even greater progress in these partnerships, which are supported by Gram at Inserm.

Inserm was supported by the Patient Association Think-tank (Gram) to organize this meeting. Chaired by Pr Syrota, Inserm CEO, Gram is composed of 20 members, half of which are representatives from patient associations, disabled persons or family members, and the other half is made up of Inserm researchers and managers. “It is a unique location for open exchanges and debates into all issues that link research activities, the resulting progress in knowledge and the persons likely to benefit” states Martine Bungener, Gram Chairwoman.
TO CITE THIS POST :
Press release – Inserm press room First results of survey into relations between Inserm researchers and patient associations Link : https://presse.inserm.fr/en/first-results-of-survey-into-relations-between-inserm-researchers-and-patient-associations/6418/