A new study published in the journal Blood shows that red blood cells can turn against blood vessels by releasing aggressive fragments that contribute to the development of cardiovascular diseases. 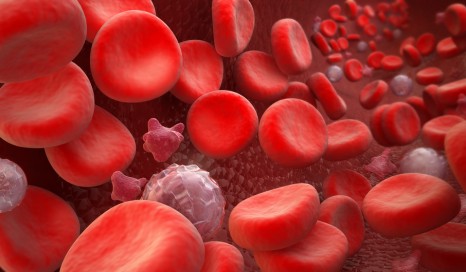 There are approximately 5 million red blood cells in every microlitre of blood. Their stock is constantly renewed, and each one is discreetly removed every three months. But abnormal red blood cells persist in the bloodstream in some diseases. They ultimately rupture and release their contents, a process referred to as intravascular haemolysis.

Does the red blood cell disappear then? Not quite…

Researchers led by Olivier Blanc-Brude, a CNRS (French National Centre for Scientific Research) research fellow at the Inserm Paris Cardiovascular Center and Paris Descartes University, have just shown that at the exact moment of haemolysis, the red blood cells do not disappear: they actually release a large number of fragments, known as microparticles. And these fragments are not harmless. These observations were made using red blood cells from patients with sickle cell disease, the most common genetic disorder in France. Their rigidity leads to a considerable degree of haemolysis, which is therefore easier to study.

It is this feature that makes the microparticles dangerous.

In patients with sickle cell disease, red blood cell fragments may be partly responsible for very painful vaso-occlusive crises. These microparticles also probably contribute to the many lesions caused by chronic lack of oxygen, e.g. in the kidneys.

These innovative results make it possible to anticipate new therapeutic possibilities for preventing and treating vaso-occlusive crises, as well as for preventing some more common cardiovascular diseases.

These new therapies could target various components of the red blood cell microparticles, e.g. membrane components, such as phosphatidylserine, or free haem. Haemopexin is a molecule naturally found in the bloodstream, and which has the role of binding to free haem to eliminate it. It might represent a therapeutic opportunity, i.e. a haemopexin supplement might help to neutralise free haem carried by red blood cell microparticles.