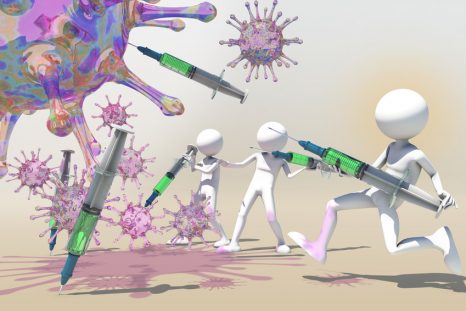 Clinician-researchers from the Université Pierre et Marie Curie (UPMC) and Inserm, in collaboration with the Biological Therapy Department of the Pitié-Salpêtrière Hospital (AP-HP), have revealed a new mechanism for regulating antibody production. The results of this study were published in Science Immunology on Friday, September 8, 2017.

The immune system protects the body from pathogenic agents, in particular infectious ones, that cause damage or disease in humans. Two types of defense work in parallel: cell-mediated immunity, which destroys the infected cells, and humoral immunity, which produces antibodies. These antibodies neutralize the pathogens in a targeted manner.

“As with all immune responses, the humoral immune response must be controlled. Too weak a response would be ineffective, but too strong a response against our own tissues could lead to autoimmune disease,” explains Professor David Klatzmann, clinician-researcher at UPMC and the Pierre et Marie Curie Faculty of Medicine, director of the Immunology – Immunopathology – Immunotherapy laboratory (UPMC/Inserm) and head of the Biological Therapy Unit at the Pitié-Salpêtrière Hospital (AP-HP).

Professor Klatzmann’s team is interested in cells that control the intensity of the humoral response: follicular helper T cells (Tfh), which stimulate the production of antibodies, and follicular regulatory T cells (Tfr), which reduce it. Tfr cells were discovered in 2011. Their numbers are limited, and little is currently known about their mechanisms of action.

The research group first redefined the characteristics for identifying Tfr cells. From this basis, the researchers were able to identify a new mechanism for regulating antibody production

by showing the key role of interleukin-1 (IL-1), a soluble mediator, in triggering these responses. Tfh cells receive IL-1, which activates them and enables an increased antibody response; conversely, Tfr cells reduce the antibody response by neutralizing IL-1 and depriving the Tfh cells of this stimulation.

IL-1 therefore appears to play a major role in the stimulation of humoral immunity via the Tfh cells, and this axis appears to be regulated by the Tfr cells. “We aim to stimulate the antibody response with vaccinations, and reduce it in autoimmune disease,” explains Professor Klatzmann. “This discovery therefore means that we have a new method for regulating antibody immune response.”

The full results can be found in Science Immunology, published on Friday, September 8.

TO CITE THIS POST :
Press release – Inserm press room Regulating or Stimulating Our Antibodies Based on Our Immunological Needs Will Soon Be Possible Link : https://presse.inserm.fr/en/regulating-or-stimulating-our-antibodies-based-on-our-immunological-needs-will-soon-be-possible/29392/