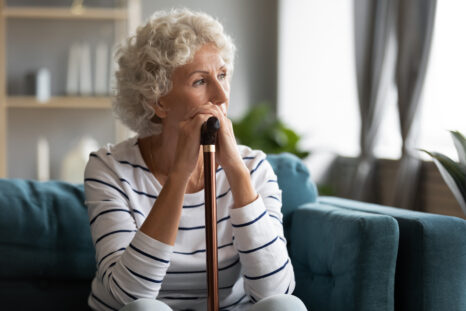 The specific risk factors for the development of Parkinson’s disease in women remain little studied and poorly known. Exposure to the hormones involved in female reproductive life is one of the avenues explored at the Epidemiology and Population Health Research Center (CESP) by a research team from Inserm, Université Paris-Saclay, Université de Versailles Saint-Quentin-en-Yvelines with Institut Gustave Roussy, which compared the reproductive characteristics of nearly 1,200 women with Parkinson’s disease with those of other women from the E3N cohort[1]. Their findings show that age at first menstrual period, number of pregnancies, type of menopause and a molecule used to improve fertility are associated with a higher risk of developing the disease. This research, published in Brain, supports the role of hormonal exposures during the reproductive life of women – particularly estrogen levels – in Parkinson’s disease and opens up avenues for targeted prevention strategies.

Parkinson’s disease is a progressive neurodegenerative disease promoted by complex interactions between genetic and environmental factors. It currently affects more than 6 million people worldwide and is 1.5 times more common in men. It is also comparatively less well known and studied in women. As such, studies on certain specifically female risk factors, such as impact of exposure to the hormones related to reproductive life, whether natural (puberty, menstrual cycles, pregnancies, menopause…) or medical (hormone treatments used for contraception, to increase fertility, or post-menopause, for example), remain few in number and contradictory.

Within the Exposome, heredity, cancer and health research team at the Epidemiology and Population Health Research Center (CESP) (Inserm/Université Paris-Saclay/Université de Versailles Saint-Quentin-en-Yvelines), Inserm researcher Marianne Canonico, in collaboration with fellow Inserm researcher Alexis Elbaz, evaluated the influence of reproductive life and the use of hormone treatments on the risk of Parkinson’s disease in women. This involved examining numerous characteristics relating to the reproductive history of almost 1,200 women from the E3N cohort, in whom Parkinson’s disease was diagnosed during the 24 years of their follow-up and comparing them with those of the other women in the cohort.

The scientists were able to observe several characteristics associated with an increased risk[2] of developing the disease, the effects of which proved to be cumulative[3].

As such, those women whose first menstrual period occurred before or after 12-13 years of age showed an increased risk of +21% and +18%, respectively. However, the duration and regularity of the menstrual cycle showed no significant impact.

“It is the first time that such an association has been shown between age at first menstrual period and Parkinson’s disease, explains Canonico, one explanation for which could be – during this crucial time for neurodevelopment that is puberty – interference of the sex hormones with the neural circuits involved in the development of the disease. “

Another characteristic observed: although having or not having children was not associated with the risk of developing the disease, among those women having had children, this risk increases with the number of births (+22% with the second child and +30% starting from the third).

Finally, while fertility treatments were not globally associated with an increased risk of Parkinson’s disease, when looked at individually, clomiphene – used to stimulate ovulation – was found to increase the risk by 80% compared with women who had never taken fertility treatment.

In the two previous cases, exposure to insufficient levels of female hormones (estrogens) could be responsible:

“Artificial and/or early menopause causes ovarian insufficiency and consequently a sudden and anticipated fall in the levels of estrogen, which are usually still elevated before the age of 45, explains Canonico, and, as for clomiphene, it has an anti-estrogen role.”

This hypothesis is supported by the observation of a protective effect of hormone therapies used at menopause, which appear to attenuate the risk related to early or artificial menopause for Parkinson’s disease.

“These results are consistent with the knowledge of the neuroprotective role of estrogens, which has already been demonstrated in other studies,” adds Canonico.

Although this study has the largest cohort of female Parkinson’s disease patients to date, the researchers point out that the results related to the identified risk factors must be confirmed by long-term studies with more participants. These findings could ultimately help identify groups that are at high risk, within which prevention strategies could be proposed at an early stage.

[1]The E3N cohort, sponsored by Inserm, Université Paris-Saclay and Institut Gustave Roussy, is the first large-scale French study on women’s health. Since 1990, nearly 100,000 French women have been followed up as part of this vast prospective study.

[2]However, breastfeeding, use of oral contraceptives, and duration of reproductive life were not found to have any association with the onset of Parkinson’s disease.

[3]A cumulative effect was observed for the risk criteria mentioned later in the text. Therefore those women having cumulated early or late puberty, several pregnancies and an artificial and early menopause had the highest risk of developing the disease.

[4]On the other hand, artificial menopause triggered by removal of just the uterus was associated with a more moderate increase in risk.

Reproductive characteristics, use of exogenous hormones and Parkinson disease in women from the E3N study