Exposure to solvents during working life may have a negative impact on cognitive performance. But do these effects abate once exposure has ceased? French researchers from Inserm Unit 1061, “Neuropsychiatry: Epidemiological and Clinical Research,” and their American colleagues at Harvard have just shown that retired people continued to be affected by their work with solvents in cases of high exposure. The results are published in Neurology. 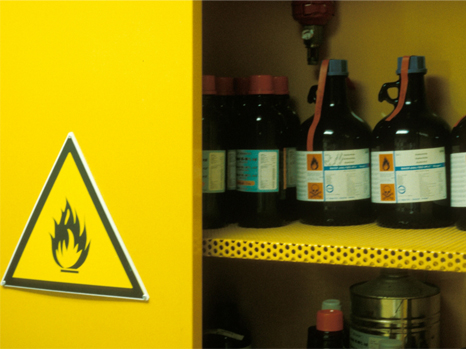 Solvents are often used in the workplace. They are used for cleaning metals, diluting paints, stripping varnishes, purifying perfumes during manufacture, etc. However, repeated (or chronic) exposure to these liquids can cause cancer and be detrimental to fertility. It can also be a source of mobility problems, depression or cognitive (intellectual) impairment. “Until now, few studies have evaluated whether this impact on cognitive impairment continues after retirement, i.e. after occupational exposure to solvents has ended, and very few studies have properly documented the exposure,” indicates Dr Claudine Berr, a research director at Inserm Unit 1061, “Neuropsychiatry: Epidemiological and Clinical Research,” in Montpellier. The researcher and her French and American colleagues therefore addressed the question through the Gazel cohort (20,000 employees from Électricité de France-Gaz de France [EDF-GDF] monitored for the last 25 years, whose working lives have been well documented at every stage). Their study, published in Neurology, concerned 2,143 men aged over 55 years, who had been retired for an average of 10 years. Overall, 33% of participants had been exposed to chlorinated solvents during their working lives, 26% had been exposed to benzene, and 25% to petroleum solvents. These retirees underwent a battery of 8 cognitive tests. For example, they had to name in one minute as many names of animals or words beginning with P as they could.

This shows that “these employees retain the effects of their occupational exposure, even though they have retired and even though this exposure is long past,” concludes Dr Berr. “Treating physicians need to pay closer attention to these patients, for example by managing other risk factors for cognitive decline on which we can take action, namely vascular risk factors. They should also encourage them to have more leisure activities that stimulate their cognitive functions.”

The results of this study will have to be confirmed in the Constances cohort, which monitors 200,000 people aged 18-70 years in the general population. “In this cohort, 20-25% of people claim to have had occupational exposure to these solvents,” says Claudine Berr.