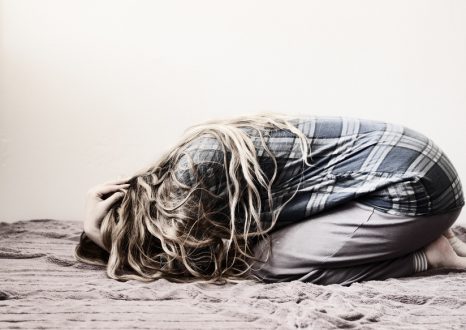 Suicide is the cause of over 800,000 deaths around the world each year according to estimates from the World Health Organization, amounting to one death every 40 seconds. It affects all age groups and all parts of the world[1]. In France, the emergency services handle 220,000 suicide attempts every year[2], and 10,500 individuals take their own lives.

Several risk factors appear to increase suicidal ideation. These include problems with alcohol, drugs, and sexual identity, strong impulsivity, social isolation, and advanced age. Depression is the cause of suicide in 70% of cases. Antoine Pelissolo, an Inserm researcher from Unit 955, “Mondor Institute of Biomedical Research” (IMRB), sought to understand this link between depression and suicide in his book Dépression: s’enfermer ou s’enfuir [Depression: sinking or coping], which was published by Le Muscadier in 2015.

Among 15-29 year-olds, suicide is the second leading cause of mortality. A large-scale survey, coordinated by Inserm Unit 1178, “Mental Health and Public Health”, and the Fondation Vallée’s University Research Center, which was carried out in 2013 among 15,235 students aged 13 to 18, also showed that suicide attempts appear to be more common now than in the past: 7.8% of young people have already tried to commit suicide once, and 3.7% more than once. These alarming figures highlight the need for more work on preventing suicidal behavior.

Catherine Jousselme, an Inserm researcher from the “Mental Health and Public Health” Unit, explains that social networks can have both incredibly positive and negative effects: they enable greater self-expression, but also lead to isolation. When adolescents feel down, feeling like they exist and are important help them do better. The depiction of suicide on social networks gives them the impression of “dying a hero”.  Certain measures are now in place to prevent suicide (including censorship on social networks, flagging inappropriate content, and the presence of prevention services on social networks), but educating young people and teaching them the right actions to take remains the best way to combat this plague.

For more information on adolescence and suicide, see the book Ados & Suicide: en parler et se parler [Teens & Suicide: talking to them and to each other] in the Choc Santé [Health Shock] series from Inserm and Le Muscadier.

Unemployment can also be a cause of suicide. This was shown by a study from January 8, 2015, led by the Inserm Epidemiology Center on Medical Causes of Death (CépiDc) and the Paris public hospital system (AP-HP). For further data on deaths due to suicide in France, please contact Grégoire Rey, director of the CépiDc-Inserm.

In the context of suicide prevention, joint research unit 1123–Clinical Epidemiology and Economic Evaluation Applied to Vulnerable Populations (ECEVE) has developed the STOPBLUES application, an interventional and evaluative research program. STOPBLUES enables users to access information (videos of professionals, people with depression, and their friends and family) and complete anonymous self-evaluation questionnaires. A map feature also enables them to find the doctors, specialist mental health care centers, and supportive organizations closest to them. It is a kind of virtual companion, designed to support, inform, and reassure users in difficulty. For further information, please contact Karine Chevreul, the deputy director of ECEVE, or Kathleen Turmaine, Inserm researcher and lead on the STOPBLUES project. The application will be available in November 2017, and a website will also be available. 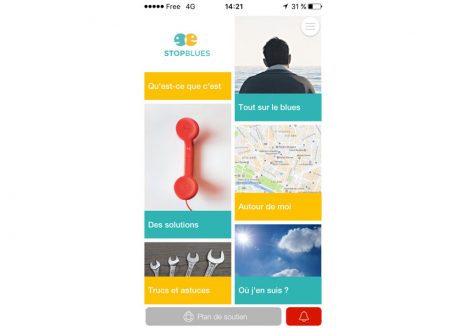 [1] For more information, see the Inserm collection on this topic