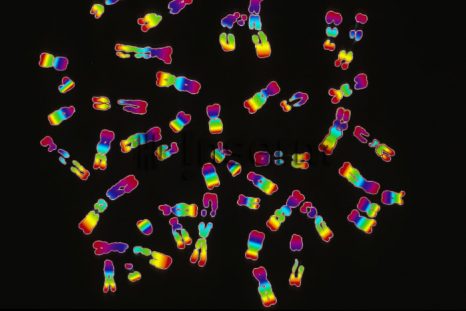 A team Sorbonne / AP-HP / Inserm, led by Professor Irene Netchine, physiology professor at Sorbonne University and pediatrician at the Hospital Armand Trousseau AP-HP, studied the molecular mechanisms of the clinical similarity between syndrome Temple and Russell Silver syndrome. Their study, published in Science Advances , highlights the importance of gene network concept “imprinted” in the diagnosis and treatment of patients with these rare syndromes.

In the human genome, genetic information is carried by two copies, each inherited from one parent. For most genes, both copies (maternal and paternal) are expressed equivalently. However, some genes are known as ”  subject to parental imprinting  ” when only one of the two copies is expressed; the other copy extinguishing. The expression of these genes corresponds to an epigenetic mechanism, that is to say biochemical modifications of the DNA molecule, which are different on each of the two copies. These imprinted genes are usually involved in growth, metabolism and development .

Syndrome Temple and the syndrome Silver Russell are associated with impaired fetal growth is reduced , and are caused by genetic or epigenetic abnormalities in two regions containing imprinted genes, specifically on chromosomes 11 and 14 , respectively.

These patients also have metabolism and food intake disorders, as well as a premature puberty or advanced.

In his study, the team of Prof. Netchine analyzes the molecular mechanisms of the clinical similarity between the two diseases. In Russell Silver syndrome, a decrease in the expression of a gene ( IGF2 ) usually expressed from the paternal chromosome 11, is the origin of stunting. As to Temple syndrome, changes in genes on chromosome 14 (particularly some RNAs normally expressed from the maternal copy of chromosome 14) also impact gene expression IGF2 , while epigenetic marks are unmodified on the chromosome 11.

These discoveries help advance understanding of epigenetic regulation of gene expression, and consider a new approach to the physiology of fetal growth.

* First author Walid Abi Habib maintained a physiology and pathophysiology thesis, entitled "Identification of new molecular mechanisms in diseases of fetal and postnatal growth syndrome Beckwith-Wiedemann and Silver-Russell genetic approach and epigenetic" in 2016 as part of the graduate school of physiology, pathophysiology and therapeutic.