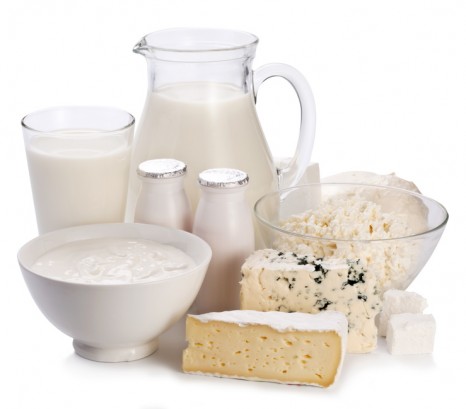 A French consortium led by INRA, in collaboration with INSERM, the Universities of Lyon and Clermont Auvergne, Lyon Civil Hospitals and the Human Nutrition Research Centres (CRNH) of Rhône-Alpes and Auvergne, have now demonstrated that consuming certain lipids present naturally in dairy products (called “polar lipids”) could reduce the cardiovascular risk in overweight postmenopausal women by lowering their blood levels of LDL-cholesterol (“bad” cholesterol) and triglycerides. To reach this conclusion, the scientists included a cream cheese enriched in buttermilk polar lipids in the daily diet of volunteers for a period of one month. They were able to reveal certain mechanisms in the gut that might explain the effects observed. These natural dietary compounds could therefore form part of a new nutritional strategy designed to reduce the cardiovascular risk in vulnerable populations. This work was published on 12 June in Gut.

Dairy products contain a wide variety of lipids, both triglycerides and polar lipids, the latter being specific lipids that naturally stabilise fat droplets and are notably found in cream and buttermilk. Polar lipids play a crucial physiological role as they are essential components of cell membranes. Preliminary experiments in rodents had revealed the beneficial effects of milk polar lipids on liver metabolism and the regulation of blood cholesterol levels. However, until now, these effects had never been demonstrated in human volunteers with a high cardiovascular risk.

The research teams therefore tried to decipher the impacts of milk polar lipids on the cardiovascular risk profile of overweight postmenopausal women, a population that is particularly vulnerable to this risk. To achieve this, 58 such volunteers were asked to include cream cheese that was more or less enriched in milk polar lipids as part of their daily diet. After a month of consuming a specially-designed buttermilk concentrate enriched in milk polar lipids (a by-product of butter manufacture), the team observed a significant reduction in their blood levels of LDL cholesterol, triglycerides and other important markers of cardiometabolic risk. These milk polar lipids thus improved the cardiovascular health profile of these postmenopausal women.

The scientists then sought to unravel the mechanism underlying this effect. Their complementary studies suggested that certain milk polar lipids and cholesterol (of both dietary and endogenous origin) may form a complex in the small intestine that cannot be absorbed by the gut and is ultimately excreted in the stools.

Furthermore, they should contribute to a diversification of the ingredients used by the agrifood industry. Indeed, the functional properties of milk polar lipids relative to the texture of foods, alongside their potential protective effects on health, could offer a promising alternative to the soy lecithin that is currently used in a large number of foods, as well as providing an opportunity for the valorisation of buttermilk.

This work was carried out in the context of the ANR VALOBAB project (2012-2016) coordinated by Marie-Caroline Michalski, INRA Research Director in the Université Lyon 1-INRA-INSERM-INSA de Lyon Joint Research Unit for Cardiovascular, Metabolism, Diabetes and Nutrition (CarMeN). The project also involved the French Dairy Interbranch Organisation (CNIEL) and six other research laboratories and centres: CarMeN in Lyon, CRNH Rhône-Alpes, the Joint Research Unit for Human Nutrition and the INRA-UCA Joint Research Unit for Microbiology, the Digestive Environment and Health, both in Clermont-Ferrand, CRNH Auvergne, the INRA-AgroCampus Ouest Joint Research Unit for the Science and Technology of Milk and Eggs in Rennes, ENILIA (Surgères, with the participation of ACTALIA Produits Laitiers and Philolao) and ITERG (Bordeaux). The VALOBAB project received support from the ANR (ANR-11-ALID-007) and was accredited by the VALORIAL (Tomorrow’s Foods) Competiveness Cluster.