Faecalibacterium prausnitzii is an intestinal bacterium that is abundant in healthy adults but scarce in those suffering from inflammatory bowel disease. Using a mouse model, a team of scientists from INRA, INSERM, and the University of Auvergne has discovered that the bacterium possesses analgesic properties, a finding just published in Scientific Reports (January 18, 2016).Given that F. prausnitzii also exhibits anti-inflammatory effects, the bacterium shows great promise as a tool for improving human health and well-being. 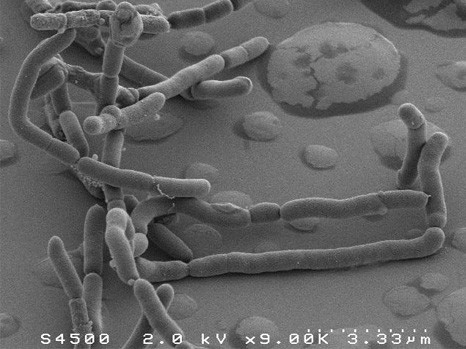 Chronic abdominal pain is one of the most frequent symptoms experienced by patients suffering from intestinal diseases such as irritable bowel syndrome (IBS) or inflammatory bowel disease (IBD). In 2008, researchers at the INRA center in Jouy-en-Josas discovered that individuals with IBD had lower levels of the bacterium Faecalibacterium prausnitzii in their intestines and that F. prausnitzii exhibited anti-inflammatory effects.

The research team delved further into the phenomenon via a collaborative project carried out with other research teams from INRA, INSERM, and the University of Auvergne. Using a mouse model (an inbred line with colorectal hypersensitivity), they discovered that reduced F. prausnitzii abundance was associated with the occurrence of hypersensitivity. In humans, the latter can manifest itself via intestinal discomfort or abdominal pain. The researchers found that dosing the study animals with F. prausnitzii allowed them to recover normal levels of colonic sensitivity.

Based on these results and those of the 2008 study, it is reasonable to propose that F. prausnitzii could have both anti-inflammatory and analgesic properties in humans.

In individuals suffering from IBS or IBD, the reduction in F. prausnitzii abundance in the gut due to intestinal inflammation or chronic stress might act to exacerbate levels of inflammation and/or pain. To break this vicious circle, the researchers propose using nutritional supplements containing F. prausnitzii (i.e., probiotics) to restore “intestinal well-being.”
This research has not only added to our fundamental understanding of cellular microbiology but also has very practical implications for the medical industry.