A tailored sports training programme for people with paraplegia 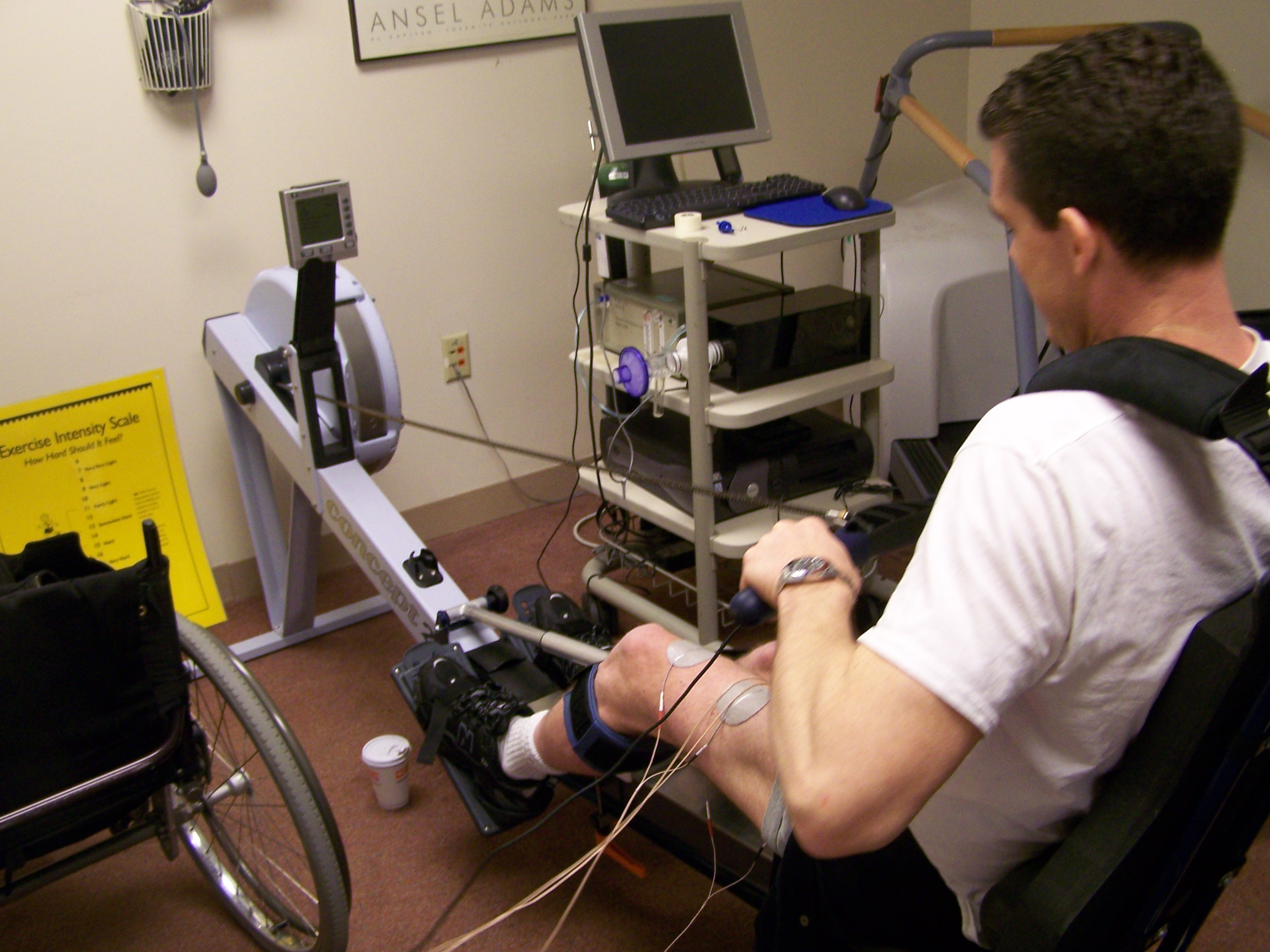 Now that the 2016 Summer Olympic Games are over, Rio de Janeiro will be hosting the Paralympic Games from 7 to 18 September. The participating athletes will be attempting to win Olympic medals, thus testing their bodies to the limit.

What are the risks for the top athletes? What lines of prevention can be developed? What techniques could optimise their physical abilities ?

Gaëlle Deley, who is involved year-round in research on the interactions between exercise, sport and health, has, with her colleagues at Inserm Unit 1093 and in collaboration with the Cardiovascular Research Center (CVRC) of Harvard University in Boston, established a training programme called “Stimule ton Handicap”, to enable people with paraplegia to exercise using all their muscles. Every week, participants perform an exercise using a rowing machine connected to an electrical stimulation system, in an individually tailored session. Electrodes taped to the participants’ thighs transmit a low-intensity current. Their muscles contract and propel the seat backwards. Arm movements and stimulation of the hamstrings then make it possible to return the seat to the front.

After 6 months of training, the muscle strength of people with paraplegia increased by over 170%, their muscle mass by over 102% and their aerobic capacity by over 77%, and a real impact on their quality of life was observed.

Following these encouraging results, the researchers adapted the programme to people with quadriplegia (cared for in Boston), hemiplegia or cerebral palsy.

If added to their training, this method would enable top level athletes, such as the Paralympic athletes, to develop their physical performances.

To obtain further information about this programme, you can contact Gaëlle Deley.