An invisible system to rescue the heart

Heart failure affects over one million people in France. Although the blood system is the first to have been explored for the purpose of improving heart function, a study by Inserm has revealed the potential of a secondary system that had previously received scant attention. The researchers[1] analysed the heart lymphatic system in an animal model. They showed that this system was highly impaired following a myocardial infarction. Using a biotherapy based on the injection of innovative microparticles, they succeeded in regenerating lymphatic vessels in a targeted manner. This treatment promotes lymphatic drainage, thus limiting post-infarct oedema and inflammation. Heart function is thereby improved.

These results are published in the journal Circulation.

When the heart is no longer able to provide an adequate blood supply to meet the body’s needs, we speak of heart failure (HF). This is due to an abnormality of the heart muscle that may be associated with injuries, a filling defect associated with a lung disease, deformation of the heart valves, etc. Fatigue, breathlessness and oedema are the main symptoms. While the blood system is involved in supplying blood to the organs and providing them with oxygen and nutrients, the lymphatic system (see illustration below) transports fluids together with cells of the immune system, and drains away cellular wastes. 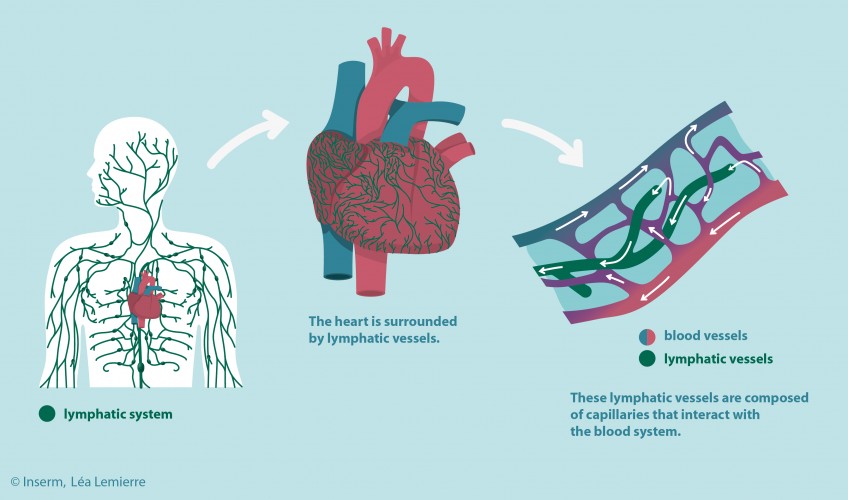 The heart lymphatic system is especially well developed (see photo below), but its role in cardiovascular diseases had received very little attention until now. 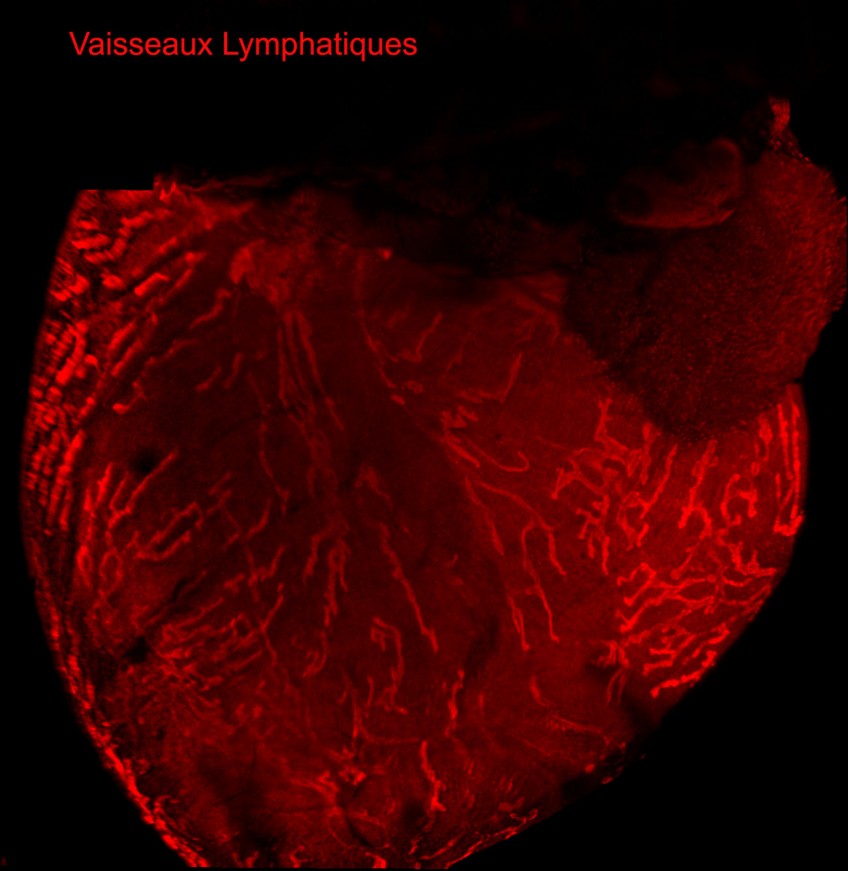 Following a myocardial infarctus, the heart lymphatic system undergoes extensive modification. In this study, the Inserm researchers in Rouen show, in addition to this structural abnormality, a deterioration in the functioning of this system, which leads to the development of oedema and chronic cardiac inflammation. To relieve the oedema, they had the idea of stimulating the creation of new cardiac lymphatic vessels in a targeted manner.

The research team used innovative biodegradable microparticles, containing growth factors, previously developed during work on the creation of blood vessels[2]. The researchers injected rats with a new biotherapy agent, based on the release of an encapsulated growth factor specific for lymphatic vessels (VEGF-C).

“When administered to rats, the treatment accelerates the post-infarct cardiac lymphangiogenic response, and improves the lymphatic drainage of the heart in 3 weeks. As a direct effect, it reduces cardiac oedema, inflammation and fibrosis,” explains Ebba Brakenhielm, Inserm Research Fellow.

“This work, the result of 4 years of research, shows the strong involvement of this system in cardiovascular diseases. Indeed, research on these lymphatic vessels, which were previously invisible, has only been developed in the last 10 years at most, and their role in physiopathology is often ignored,” concludes Vincent Richard, Director of the Inserm laboratory in Rouen. Lymphangiogenesis (the process that guides the formation of lymphatic vessels) thus represents a significant new therapeutic approach to explore in cases of heart failure and myocardial infarctus.