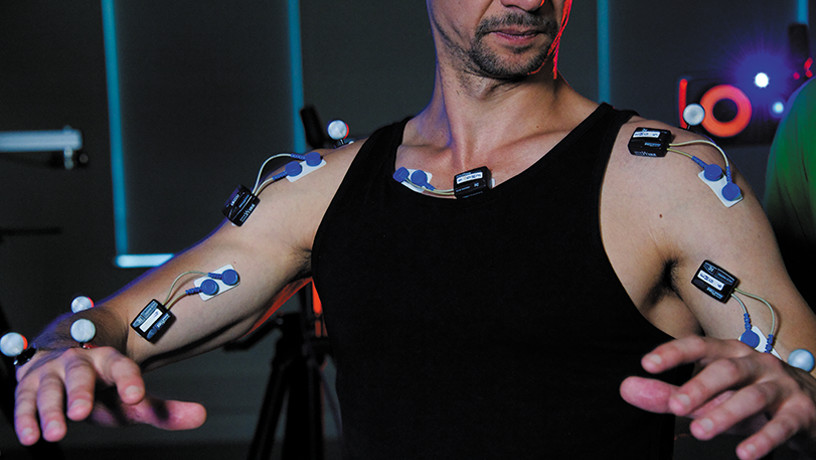 With one week to go before astronaut Thomas Pesquet sets out on his space mission Alpha, knowledge about how we adapt to gravity here on Earth is progressing. Researchers from Inserm and Université de Bourgogne within the Cognition, Action and Sensorimotor Plasticity (CAPS) laboratory are interested in how the movements that depend on this omnipresent force are carried out.

For the past 30 years, it was thought that the brain – responsible for motor control – worked to continuously compensate for the effects of gravity. In an initial study in 2016, the researchers had suggested that our brains use gravity to minimize the effort our muscles have to make. Those results were recently confirmed by new experiments conducted in collaboration with New York University on non-human primate models and humans, the findings of which have been published in Science Advances.

Our brain uses the effects of gravity to minimize the physical exertion required.

In order to perform our many activities, the movements of our limbs need to be precise. For a movement to be successful, the brain must generate muscle contractions by anticipating the environmental factors liable to affect that movement. One of the most important of these factors is gravity. The brain develops an internal representation of gravity that it can use to anticipate its effects on our body.

What is the purpose of this anticipation?

Initially, the researchers thought that the brain continuously compensated for the effects of gravity to achieve movements undisturbed by them. Recent studies by researchers from Université de Bourgogne and Inserm at the CAPS laboratory in collaboration with a team from New York University (Dora E. Angelaki, Professor of Neuroscience at the Tandon School of Engineering – New York) challenge this idea. The researchers hypothesized that anticipating the effects of gravity allows us to plan movements that use those effects on our bodies to minimize our muscular exertion.

To confirm this theory, the research team recorded the activations that the brain sends to the muscles. These recordings were made in non-human primates and humans performing horizontal and vertical arm movements.

The information obtained show that the brain sends electrical commands that activate and deactivate the muscles in a very precise way – phenomena that last just a few milliseconds – in order to harness the effects of gravity to accelerate our downward movements and decelerate our upward movements. These findings were observed in both the non-human primates and humans.

This observation supports the hypothesis of profound nervous system adaptation to its environment.

In the long term, this new knowledge could be put to use in various fields such as movement assistance for people with disabilities or the programming of humanoid robot movements.

TO CITE THIS POST :
Press release – Inserm press room Weightlessness: A Challenge for Both the Body and the Brain! Link : https://presse.inserm.fr/en/weightlessness-a-challenge-for-both-the-body-and-the-brain/42629/

A cross-species neural integration of gravity for motor optimization

† These authors contributed equally to this work.