When blood pressure is normal in the doctor’s surgery, but is high at home! This is an unknown phenomenon known as “masked hypertension”. Christophe Tzourio, Research Director of Inserm unit 708 “Neuroepidemiology” (University of Bordeaux Ségalen) studied the occurrence of masked hypertension in a population of 1500 elderly persons. Not only does it occur frequently and by definition goes undetected by doctors, it incurs a high risk of developing into permanent hypertension over a very short period of time. These results, published in the Journal of Hypertension, outline the importance of blood pressure self-measurement by elderly persons in order to prevent the risks of heart disease and stroke. 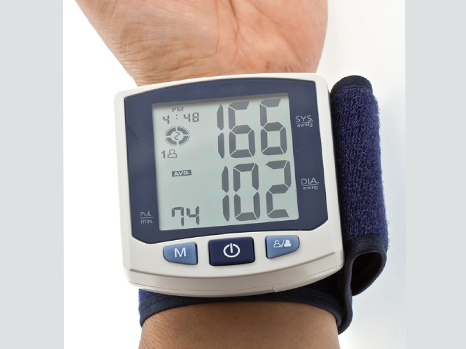 Hypertension increases with age and is one of the major risk factors of heart disease and stroke. Since electronic devices have become available to allow people to measure their own blood pressure at home, a new type of hypertension, called masked hypertension, has been discovered. With this disorder, a person’s blood pressure is normal when measured by the doctor, but is high when measured at home. A hitherto unknown phenomenon, masked hypertension, seems to be as dangerous, if not more dangerous than classic hypertension where cardiovascular risk factors are concerned.

Based on these findings, the Inserm unit 708 “Neuroepidemiology” (University of Bordeaux Segalen, Bordeaux) worked jointly with hypertension specialists to study self-measurement of blood pressure in elderly persons who were part of the 3C cohort in Dijon. The main goal of this study was to assess the frequency of masked hypertension in a population of 1481 persons aged between 73 and 97 (average age 78.7 years). After having their blood pressure measured in an examination centre, the participants measured their own blood pressures over the next 15 days using an electronic device. The protocol consisted in recording 18 measurements over 3 days. The same measurements were taken one year later in order to assess the risk of developing permanent hypertension (high blood pressure both at home and at the examination centre).

The study revealed that masked hypertension was indeed very frequent: 40% of participants whose blood pressures were normal at the examination centre showed hypertension at home.

“These results outline the importance for elderly people of measuring their own blood pressure at home, in order to help diagnose masked hypertension that by definition remains undetected by the doctor, and to take measures to lower the blood pressure and thus reduce the risk of heart disease and strokes. Self-measurement of blood pressure also makes the dialogue easier between patient and doctor and helps to find a more suitable treatment “concluded Professor Christophe Tzourio, Research Director of the Inserm unit 708

This study was financed by INPES (the French national institute for prevention and health education).