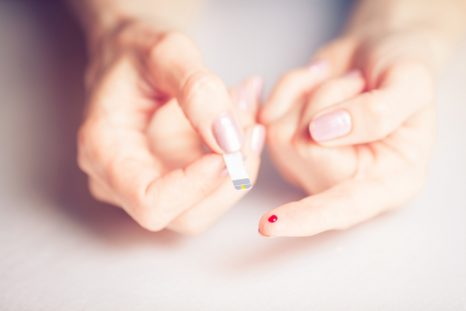 Celebrated every November 14 since its creation in 1991, World Diabetes Day is an opportunity to raise collective awareness of the condition and, above all, the resources deployed to manage it. Diabetes refers to consistently higher than normal blood sugar levels (hyperglycemia).  Two types of diabetes can be distinguished:

– Type 1, an auto-immune disease characterized by the insufficient production of insulin;

– Type 2, which occurs as the result of the poor use of insulin by the body.

Over half of deaths attributable to hyperglycemia occur before the age of 70. The World Health Organization (WHO) predicts that, in 2030, diabetes will be the 7th leading cause of death worldwide. Source: WHO

Last year, we showcased the research of Eric Renard, head of Inserm Unit 1191 “Determinants and correction of insulin secretion loss in diabetes”, which was working on the development of an artificial pancreas usable in daily life by people with type 1 diabetes.

In late 2016, early 2017, studies performed in some thirty patients, along with three from Montpellier, demonstrated the feasibility of a 6-month trial. In addition, the opportunity to use new devices, particularly in Europe, is arising. One such device is an implantable continuous glucose monitoring system, which could be used for up to 6 months, and would replace the current system that requires changing every 7 to 10 days. This ongoing integration work will be consolidated in the first quarter of 2018, and concern three European centers: Montpellier, Padua and Amsterdam. Around 24 patients will be enrolled at each center in order to participate in this study funded by the NIH.

Consult our latest press releases on the subject:

Consult our reports on the subject: