Researchers from Inserm, CNRS and Paris Descartes University have just demonstrated the beneficial effect of lithium chloride on a group of genetic disorders responsible for muscle dysfunction known as congenital myasthenias. These results, obtained using a new mouse model of the disease, are published in The Journal of Neuroscience, and constitute an important step in the search for treatments for these rare diseases.

Congenital myasthenic syndromes (CMS) usually begin in the neonatal period, but sometimes begin later in childhood, during adolescence, or even in adulthood. They manifest as muscular weakness in the arms and legs, with involvement of the eyes, and facial and bulbar muscles (sucking, swallowing and vocal function [dysphonia]). They are characterised by dysfunction of neuromuscular transmission. This rare disease affects 1-2 individuals in 500,000 (source: Orphanet). 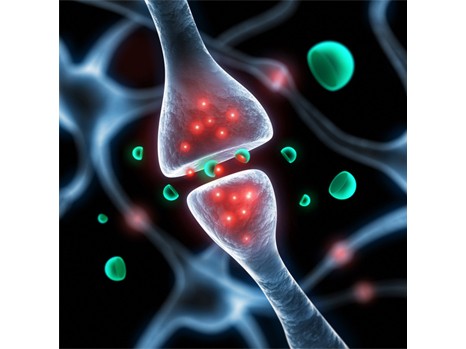 Researchers from the “Centre for Neurophysics, Physiology and Pathology” (French National Centre for Scientific Research [CNRS] / Paris Descartes University) in Paris study the physiopathological mechanisms of these diseases of neuromuscular transmission.

Using a transgenic mouse model of the disease, they have just shown the beneficial effect of a pharmacological compound known as lithium chloride (LiCl). Lithium chloride was already known as a treatment for some diseases of the central nervous system, such as depression and bipolar disorder.

Specifically, the researchers injected the product once a day into the peritoneum of the mice. The compound substantially restores the altered structures of the synapses, the structures that allow the transmission of information between nerve cells. It acts by inhibiting an enzyme known as “GSK3” in the muscle, making it possible to restore the motor deficit caused by the disease.

The researchers are now working to see if these results can be reproduced in other models of congenital myasthenia, and are adjusting the dose and duration of treatment. They are planning a clinical trial to test the efficacy of LiCl and other inhibitors of the GSK3 enzyme in 2-3 years’ time.

These results are protected by a patent filed by Inserm Transfert.