A study reveals a new target in the treatment of chronic inflammatory bowel disease: the fungal microbiota

A team of researchers (AP-HP, AVENIR-ATIP–Inserm team[1], INRA[2], UPMC[3]) led by Dr Harry Sokol, from the Department of Gastroenterology and Nutrition, Saint Antoine Hospital, AP-HP, used a high-throughput sequencing method to show an imbalance in the fungal microbiota of patients with inflammatory bowel disease (IBD), with variations according to the type of disease and topography of lesions. The fungal component (made up of moulds and yeasts) of the microbiota has still received only very little attention, despite the existence of considerable evidence implicating it in the occurrence of this type of disease.

This work was published online in the journal Gut on 4 February 2016. 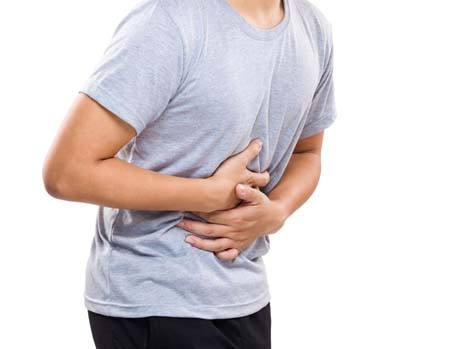 The intestinal microbiota (or flora) plays a role in the occurrence of inflammatory bowel diseases (IBD), such as Crohn’s disease and ulcerative colitis (chronic inflammatory diseases of the digestive system, characterised by attacks and periods of remission). Previous work had already shown an imbalance in the bacterial composition of the microbiota in IBD patients, with an increase in pro-inflammatory bacteria and a reduction in anti-inflammatory bacteria. This alteration might be influenced by genetic factors, and might play an active role in intestinal inflammation.

Dr Harry Sokol’s team analysed the fungal component (i.e. moulds and yeasts) of the microbiota in IBD patients, and thus observed a higher Basidiomycota / Ascomycota ratio, a higher proportion of Candida albicans and a reduced presence of Saccharomyces cerevisiae compared with healthy subjects. This work also showed a disruption in the network of connections between bacteria and fungi in the patient intestine. Finally, Harry Sokol’s team identified imbalances in the fungal microbiota composition that are specific for certain types of IBD. Thus in a patient with Crohn’s disease, fungal diversity is increased compared with bacterial diversity, something that is not observed for ulcerative colitis.

This study, which provides a large scale description of the fungal microbiota and its alterations during IBD, is the largest to date in terms of number of patients analysed.

The results demonstrate the role of the fungal microbiota in the development and severity of IBD, and suggest that it could be considered as a new therapeutic target.

According to Dr Sokol, “We could consider reducing the load of pro-inflammatory fungi, or conversely, supplement the microbiota with protective fungi. In terms of research, this study provides opportunities for a better understanding of the complex relationships between bacteria and fungi in the intestine, and their roles in physiology as well as in human disease.”

[1] AVENIR-ATIP team, “Role of CArd9 in intestinal homeostasis,” at the French National Institute of Health and Medical Research (Inserm)