The complete genomes of 16 anopheline mosquito species from the five continents have just been sequenced. Ten years of research have enabled an international consortium, coordinated by the University of Michigan and University of Notre Dame (United States) and including researchers from the French Institute for Development Research (IRD) and Inserm, to publish in the 27 November 2014 issue of the journal Science the DNA sequence for these mosquitoes, which are vectors of malaria. These results lead the way to the development of comparative genomic studies, and will make it possible to improve strategies for vector control, which are essential to controlling the disease in the absence of a vaccine. 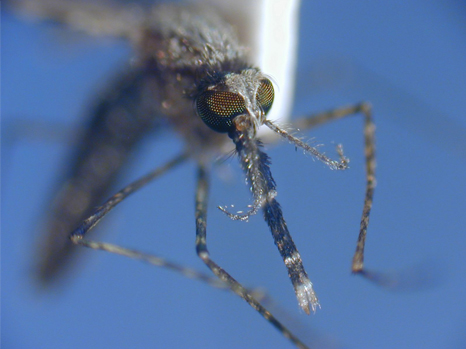 Malaria causes over 600,000 deaths a year, mainly in Sub-Saharan Africa. The parasites, from the genus Plasmodium, are transmitted by mosquitoes of the genus Anopheles. Of the 450 Anopheles species on the planet, only a dozen are responsible for most of the transmission to humans.

In order to improve vector control strategies, researchers have devoted many years to decoding the genome of Anopheles species. That of the African mosquito, Anopheles gambiae, a major vector of malaria, has been available since 2002. Those of its South American (Anopheles darlingi) and Indian (Anopheles stephensi) homologues have been the subject of recent publications, in 2013 and 2014 respectively. Until now, the lack of knowledge on the genetic resources of other Anopheles species has restricted comparisons that would enable the identification the key features determining the ability of some mosquitoes to transmit the parasites.

Led by the University of Michigan’s Broad Institute and the University of Notre Dame’s Eck Institute, over a period of 10 years the international consortium enlisted over a hundred researchers from 50 research institutes from the northern (United States, Europe) and southern (Africa, Asia, South America, Oceania, Australia) hemispheres.

The researchers studied Anopheles specimens from many regions in the world: Africa, Asia, Asia Minor, Central America and Oceania. They combined the most recent techniques for sequencing, assembly of genomes and of expressed genes, and chromosome mapping, using innovative methodologies for sequence analysis and genome comparison. Using this multidisciplinary approach, the researchers succeeded in sequencing and annotating the complete genomes of 16 new Anopheles species.

The sequenced genomes turned out to be very different, both in their composition and their general organisation. Thus their size varies from 135 to 275 million base pairs. Between 10,000 and 16,000 genes were identified per species. The first comparative analyses showed strong genetic peculiarities, including a high rate of molecular evolution compared with other insects (particularly Drosophila), and substantial genomic plasticity, with much gain and loss of genes (or entire groups of genes) in the course of evolution.

Analyses carried out on certain groups of genes involved in key elements of anopheline biology—such as reproduction, immune system, insecticide resistance, composition of the cuticle or saliva, odour perception or hormonal communication—enabled the researchers to identify a certain number of specific genes and traits acquired during evolution, which underpin the emergence of anthropophily[1] and parasite transmission in anophelines.

The knowledge of this genetic material improves the understanding of the mechanisms by which the vectors adapt to humans and their environment. The researchers now have new avenues of research for making their vector control strategies more effective, and controlling the transmission of malaria.

[1] Describes organisms (plant or animal) that live in contact with humans or in places they frequent.