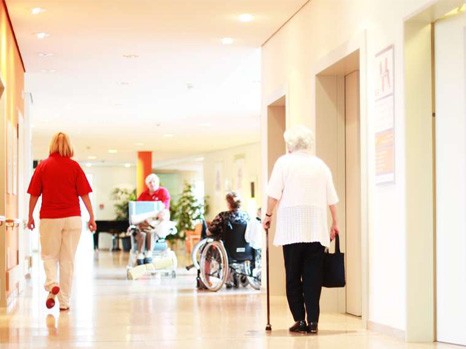 A total of 600 residents aged over 65 years (82 years in mean) were used in the study. Each participant underwent a number of clinical tests including lung function testing and a health questionnaire.

The results showed that exposure to high levels of PM10 and NO2 was significantly associated with breathlessness and cough. High levels of PM0.1 were associated with wheeze during the last year and high concentrations of formaldehyde were linked with chronic obstructive pulmonary disease (COPD). The associations were even seen with moderate concentrations of indoor air pollutants that did not exceed the existing international guidelines. The findings were also enhanced in homes with poor ventilation and in residents over the age of 80.

With life expectancy increasing, more people are living in nursing homes. As a person ages their body becomes more susceptible to the risks of air pollution and they are also exposed to higher levels of indoor air pollution due to their reduced activity.

Dr Isabella Annesi-Maesano, lead author of the study, commented: “Our findings have shown an independent effect of several indoor air pollutants on the lung health of the elderly living in nursing homes. This is a worrying problem since the body’s ability to cope with harmful air pollutants decreases as we age. Nursing homes should do more to prevent indoor air pollution by limiting its sources and by improving ventilation in their buildings. The respiratory health of residents should also be checked on a regular basis.”

Dan Smyth, Chair of the European Lung Foundation, said: “The majority of lung diseases are preventable therefore we must focus on strategies that target the risk factors linked to these diseases. These findings add to a body of evidence confirming that indoor air pollution is one of these risk factors. We must raise awareness of this, through campaigns such as Healthy Lungs for Life, to ensure that the public, patients, healthcare professionals and policymakers understand the importance of breathing clean air to help prevent disease.”

The authors believe that further investigations are now needed to assess more nursing homes in different countries and to conduct intervention studies to assess which prevention methods are most successful.