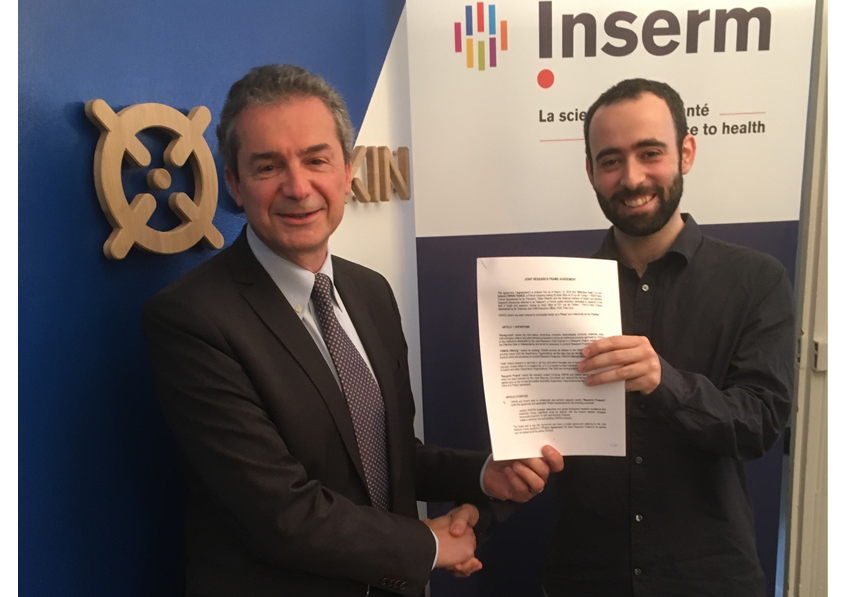 Accelerate artificial intelligence research to benefit health: such is the shared objective underpinning the agreement signed by Inserm and the start-up Owkin, specialized in machine learning applied to biological and medical research. The tools developed by Owkin, combined with the mass of health data either produced or used by Inserm, will lead to the development of disruptive innovations unprecedented in the field of medical and clinical research.

At a time when Emmanuel Macron intends to position France as an artificial intelligence giant, Cédric Villani has just presented his report highlighting four priority fields, including Health: Inserm and OWKIN are fully committed to this ambition. The research agreement that binds together the two partners today will allow Inserm researchers to benefit from SOCRATES artificial intelligence software developed by Owkin.

“Joining forces with Inserm will allow us to pool our efforts towards a shared objective. The partnership is a sign of our determination to drive research forward with a view to gaining a better understanding of diseases and making new discoveries. Our goal is to use artificial intelligence to analyze existing data and uncover new research avenues, broadening access to AI technologies for researchers, in the hope that this will result in new treatment strategies,”explains Gilles Wainrib, co-founder and Scientific Director at Owkin.

According to Yves Levy, Chairman and CEO of Inserm: “This partnership with Owkin is emblematic of how academic research and the very best French talent should join forces to generate knowledge of the highest quality. There is no doubt that AI will lead to significant benefits for research, medical practice and the national healthcare system as a whole, underpinned by a rigorous scientific approach and solid ethics. Our role as a public research institute is to do all we can to make sure this happens quickly and smoothly.” 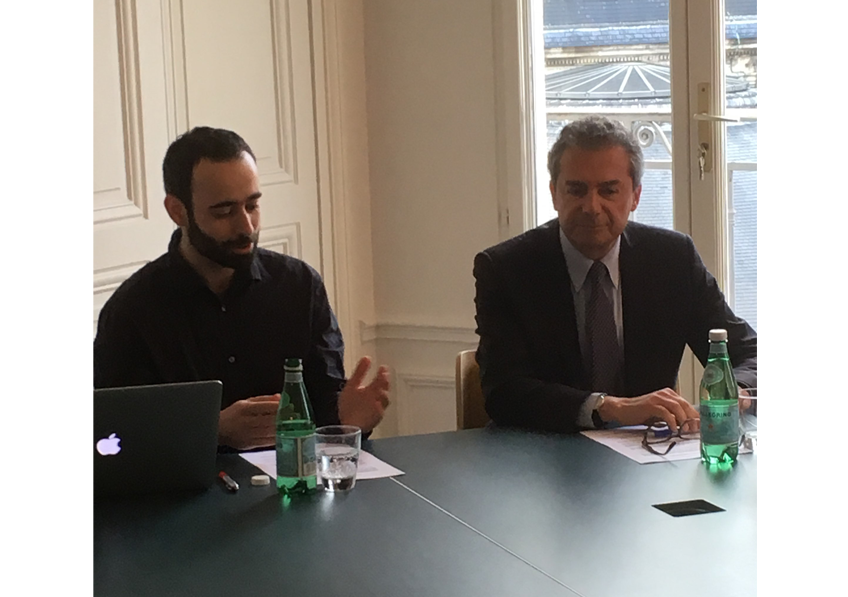 Yves Lévy, the Chairman and CEO of Inserm, and Gilles Wainrib, the co-founder of the start-up Owkin, at the signing of the framework agreement between Inserm and Owkin (press conference of April 4, 2018)

More broadly, Inserm deploys a national strategy aimed at firmly establishing the leadership of French biomedical research in the field of artificial intelligence, via:

• A key contribution to the use of data from the Health Data Hub announced by the French President on March 29 following the submission of the Villani report. This infrastructure will draw on the Système National des Données de Santé (SNDS – French National Health Data System), extended to clinical and biological research data.

• The reinforcement of its policy of public and private partnerships with national research organizations and industry in the fields of artificial intelligence: mathematics, algorithms, modeling, software

Inserm’s strengths in the field of AI:

– its understanding of the biological and medical issues to be addressed

– its knowledge of the data associated with these issues

– its mastery of regulatory and ethical aspects

To find out more about artificial intelligence in the field of health:

The technical, human and ethical challenges to be addressed: a report that can be consulted on the Inserm website

Recherche à suivre: a fun series about research from the 1990s. Humankind is a champion among mammals, with some 10 billion neurons, but does intelligence simply come down to the number of neurons? This animated film compares a computer with a brain to help us understand how the human brain works. It retraces the history of the design of computers to lead us into the vast world of neurosciences.