Sleeping disorders have been known for some years to increase the risk of diabetes. A French-British team coordinated by Philippe Froguel from the Genomics and Metabolic Diseases Laboratory (CNRS/Université Lille 2/Institut Pasteur, Lille, EGID Research Federation) (1) working with Ralf Jockers’ team (Institut Cochin, CNRS/Inserm/Université Paris Descartes, Paris),) has just linked a gene that plays a key role in synchronising biological rhythms to type 2 diabetes. Researchers in Lille and Paris demonstrated that mutations in the melatonin receptor gene (melatonin or the “hormone of darkness” induces sleep) lead to an almost sevenfold increase in the risk of developing diabetes. This research, which was published in Nature Genetics on 29 January 2012, could contributed to the development of new drugs for the treatment or prevention of this metabolic disease. 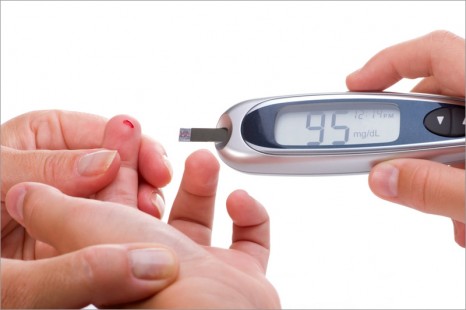 Type 2 diabetes is characterised by excess blood glucose and increased resistance to insulin. It is the most common form of the disease and affects 300 million people in the world, including 3 million in France. This figure should double in the next few years, driven by the obesity epidemic and the disappearance of ancestral lifestyles. It is known that genetic factors, combined with a high-fat, high-sugar diet and lack of exercise, can also contribute to the onset of the disease. Furthermore, several studies have shown that sleeping disorders that affect the duration and quality of sleep are also high risk factors. Shift workers, for example, are at greater risk of developing the disease. No previous research has described any mechanism linking the biological clock to diabetes.

The researchers focused their attention on the receptor of a hormone called melatonin, which is produced by the pineal gland (2) as light fades. Melatonin, also known as the hormone of darkness, can be seen as a biological “time-keeper”, synchronising biological rhythms with nightfall. The teams sequenced the MT2 gene, which encodes its receptor, in 7600 diabetics and persons with normal glycaemia. They found 40 rare mutations that modify the protein structure of the melatonin receptor, 14 of which made the receptor in question non-functional. The team went on to demonstrate that the risk of developing diabetes is nearly seven times higher in people affected by such mutations, which make them melatonin-insensitive.

It is known that the production of insulin, the hormone responsible for controlling blood glucose levels, drops at night to prevent any risk of hypoglycaemia. Insulin production starts up again, however, to avoid excess blood glucose during the day, which is when most people eat.

This study could lead to new drugs aimed at preventing or treating diabetes. Researchers could, for example, adjust MT2 receptor activity to control the metabolic pathways associated with it (3). The work also highlights the importance of genome sequencing as a means of personalising treatment for diabetic patients. There are many genetic causes for diabetes and the therapeutic approach needs to be adapted to the metabolic pathways concerned by each patient’s particular disorder.

(1) Research conducted in collaboration with Imperial College London and the Sanger Institute in Cambridge.

(2) A small endocrine gland, part of the epithalamus in the vertebrate brain.

(3) Drugs that mimic melatonin already exist . They are used to treat jet lag and seasonal depression due to the fewer daylight hours in winter.