On 10 June, at a special colloquium, the French National Cancer Institute (INCa) and Inserm will present and debate the results of a large survey of 4349 people with cancer conducted two years after diagnosis. Known as VICAN2 for “Vie après le Cancer à deux ans du diagnostic” (Life after Cancer two years post-diagnosis), this survey conducted in 2012 represents the only national study that reports on the living conditions of people with cancer. 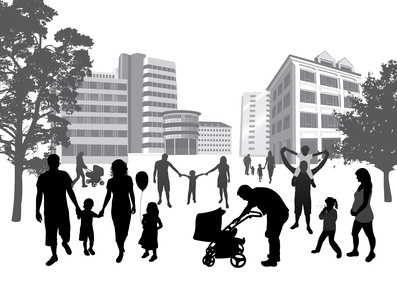 Background to the survey “Cancer: life two years after diagnosis”

The incidence of cancer has been increasing for several decades, but advances in treatment have significantly contributed to reducing the mortality associated with this disease. Although the prognosis remains poor for some cancer locations, the prospects for recovery and long-term survival are showing favourable trends in France for many cancers. Thus 3 million people in France have been or are currently affected by cancer. Cancer remains a hard trial both physically and psychologically. For several years after their diagnosis, people have to cope with the risk of a recurrence, and the side-effects of the disease and treatment, as well as resuming their daily lives.

In order to better know and understand these everyday difficulties, the French National Cancer Institute (INCa) wished to repeat the survey, which was first conducted in 2004 under the aegis of the (French Government) Directorate for Research, Studies, Evaluation and Statistics, on the lives of people two years following their cancer diagnosis. The National Cancer Institute entrusted the survey to Inserm Unit 913, SEESSTIM[1] . This research was conducted through a partnership with the French National Health Insurance Fund for Salaried Workers (CNAMTS), the French Agricultural Social Insurance Fund (MSA), and the Independent Workers’ Health Insurance Scheme (RSI).

The VICAN2 survey addresses the different aspects of life for people with cancer from the initial care for their illness, and their relationship with the care system, to the state of their health two years after diagnosis, the impact of the illness on resources and employment, and problems encountered in their everyday and social lives. It emphasises:

The burden of inequalities

The results of this survey illustrate the scale of the impact of cancer on the existence of those affected, and indicate the burden of health inequalities, all along the person’s pathway. These inequalities sometimes reflect missed opportunities suffered by younger and older people in accessing care; however, they are mostly associated with socioeconomic problems, which sometimes carry as much if not more weight than the location of the cancer, the treatments received or the sequelae experienced. Cancer thus seems to be a factor that aggravates the person’s preexisting social inequalities.

News of the diagnosis is usually given under the right conditions

The survey explores the circumstances of diagnosis. Although the manner in which the diagnosis is given to the patient has advanced since 2004, it is still considered too inhumane by 18% of those surveyed. People with less formal education and lower incomes express this opinion even more often. However, the most obvious variations are seen to be associated with the age and gender of those surveyed: women and younger people most often consider that their diagnosis was given to them in an abrupt manner (This is the case for 28% of women aged from 18 to 40 years).

An apparent improvement in the sharing of information with caregivers

The proportion of people satisfied with their involvement in the choice of treatments has progressed.

Moreover, the proportions of those surveyed who believe that the information provided by caregivers was excessive or over-complicated, or that they themselves were poorly able to formulate their questions, have all considerably decreased in this new survey compared with 2004.

Results show a general deterioration in quality of life caused by cancer; however, this deterioration greatly depends on the location (more frequent for lung cancer, and more rare for prostate cancer), the treatment received and the sequelae experienced.

Apart from than these medical factors, the quality of life measured also depends on possible situations of social fragility (low income, unemployment).

Cancer has an impact on work situation: at the time of diagnosis, eight out of ten people were employed, compared with six out of ten two years later.

The loss of employment more strongly affects the less well educated, younger people and older people, those working as operatives (manual and non-manual workers), who have an insecure work contract or are employed by SMEs.

Moreover, the severity of the cancer underscores the inequalities—the worse the initial prognosis, the greater the difference observed between those working as operatives and those working in management. Thus for a cancer with “a good prognosis,” the rate of staying in employment two years after diagnosis is 89%, for people working in management and 74% for operatives, as against respectively 48% and 28% for cancers with a poor prognosis.

One out of ten of those surveyed claim that they have already experienced prejudice or discrimination directly related to their disease from their close associates. Women and younger people surveyed are the most likely to report such experiences.

Discrimination is experienced by up to 25% of people who declare that their household has financial problems (compared with 4% of those who claim to be “comfortable”). Social inequalities are thus reflected in the experience of discrimination at the hands of close associates.

These results will be discussed at a colloquium organised on Tuesday 10 June by the National Cancer Institute, bringing together all stakeholders, particularly patients and representatives of patient associations. This reflection will help to support the actions of the 2014-2019 Cancer Plan, which is especially aimed at limiting the social and economic consequences of the disease, facilitating the consideration of cancer in the workplace, continuation of schooling and study, and authorises a “right to be forgotten” for those seeking loans.