Over half of the patients who die suddenly have early warning signs, allowing ample time for intervention, according to an Inserm study conducted by Eloi Marijon, a researcher and cardiologist at the Paris Cardiovascular Research Center (Inserm Unit 970 / George Pompidou European Hospital, AP-HP)
This work is published in the journal Annals of Internal Medicine. 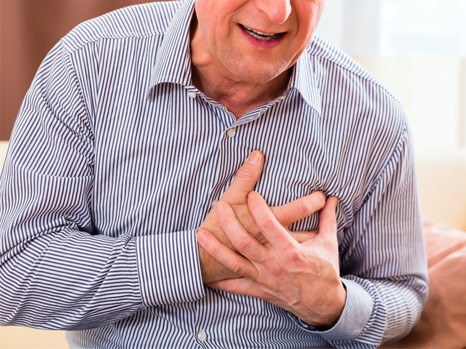 Every year, about 50,000 French people die prematurely from cardiac arrest. This means one cardiac arrest every 10 minutes, i.e. ten times more than the number of deaths on the road. After the age of 45, coronary disease is the most frequent cause of myocardial infarction, which, in some cases, will lead to cardiac arrest. In France, only 5-7% of victims of cardiac arrest survive. Until now, these cardiac arrests have been perceived as inevitable, suggesting that nothing could predict the risk of cardiac arrest in the short term.

However, “Over half of the patients who die suddenly have early warning signs, allowing ample time for intervention,” according to a study by Inserm, the Paris public hospitals (AP-HP) and Paris Descartes University published in Annals of Internal Medicine. To obtain this result, Eloi Marijon of the Sudden Death Expertise Centre at the Georges Pompidou European Hospital, AP-HP, in collaboration with the Cedars-Sinai Heart Institute (Los Angeles, California), studied exactly what happened in the 4 weeks preceding the occurrence of a cardiac arrest. For 839 men and women who had died suddenly, events were reconstructed by conducting detailed interviews with witnesses and family members, and by close examination of medical data from the hospitals and private physicians in the region.

Chest pain was the most common symptom. Other warning signs were shortness of breath on exertion and loss of consciousness. Dr Marijon points out that in two out of three cases, the chest pain was absolutely typical of heart trouble, with intense crushing pain. “But it had been intermittent until the occurrence of the cardiac arrest. Conversely, when there was breathing difficulty, it began several days previously, and was usually continuous until cardiac arrest,” says the Inserm researcher and cardiologist.

The team also analysed how these patients “responded” to these symptoms, and how this may have influenced their prognosis (chance of survival). The results are instructive: only 19% of these symptomatic patients called the emergency medical services (equivalent to dialling “15” in France). However, those who made the call showed a 6-fold greater chance of survival (achieving more than 30% survival !!) compared with those who ignored their symptoms.

“The lesson is that if you have these types of symptoms, they must not be ignored. If you are in this situation, go to see your general practitioner as soon as possible. And, most importantly, don’t waste any time,” insists the author of the study.

“These new data should spur the medical community to develop a new strategy for sub-acute prevention,” states Dr Marijon, i.e. to be able to identify subjects at risk of cardiac arrest in the short term.

Until now, prevention of sudden death is essentially based on managing cardiovascular risk factors, implanting defibrillators in patients at greatest risk, etc. But this (long-term) type of prevention has shown its limits. The exponential development of e-health should be an asset for developing this prevention, whether in terms of identifying at-risk subjects, optimising the management of cardiac arrest using geolocation systems, etc.