A phase I/II gene therapy clinical trial for children suffering from Sanfilippo B syndrome, a rare genetic disease, enrolled a first patient in October of this year. The trial is being carried out and coordinated by the Institut Pasteur (the trial’s sponsor), Inserm, AFM-Téléthon and Vaincre les Maladies Lysosomales (VML). It is being conducted at Bicêtre Hospital (AP-HP) in Paris. If the treatment is successful it will pave the way towards the development of other gene therapy treatments using the same process. 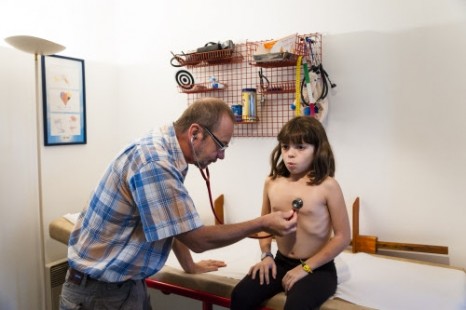 Sanfilippo syndrome is a rare genetic disease (also referred to as an orphan disease) that affects approximately 1 in 100,000 children. It is caused by a gene mutation that affects lysosomes – organelles that play essential roles in cell functions – including digestion and protein recycling mechanisms. The first symptoms of the disease – hyperactivity, speech disorders – arise at roughly 2 years of age and lead to neurodegeneration, progressive hearing loss, gradual loss of autonomy and premature death, in most cases before the age of 20. There is currently no cure or treatments available to address either the symptoms or the progression of the disease.

This clinical trial is the result of 10 years of collaborative research* carried out by Professor Jean-Michel Heard and his team at the Institut Pasteur (Biotherapies for Neurodegenerative Diseases Unit, Institut Pasteur/Inserm U1115) in partnership with AFM-Téléthon and Vaincre les Maladies Lysosomales (VML). It is based on the development of a viral vector capable of delivering one of the four potentially mutated genes in Sanfilippo patients (corresponding to four essential lysosomal enzymes) to the patient’s brain cells. This trial focuses on the B form of the disease. Cells incorporate the missing gene, provided by the viral vector, into their DNA thus enabling them to produce the missing enzyme.

The treatment consists of several intracerebral vector deposits in several areas of the brain. It was administered to the first patient in October 2013 by Professors Marc Tardieu, from the pediatric neurology department at Bicêtre Hospital (AP-HP), and Michel Zerah, from the pediatric neurosurgery center at Necker Hospital (AP-HP). Scientists and medical professionals consider that the patient’s very young age – two and a half years old –increases the chances of the therapy’s success. Three other children will be enrolled into the trial over the coming months thanks to the cooperation and support of Vaincre les Maladies Lysosomales (VML).

The original construction of the viral vector, produced by the company uniQure, uses innovative technology which enables batches to be manufactured with a high level of purity. Because of this, the process is already compatible for large-scale use. uniQure was chosen as a partner  because it is the first company to receive market approval in Europe for a gene therapy treatment, Glybera®.

Due to the slow progression of Sanfilippo syndrome, benefits of the treatment on the natural progression of the disease will not be appreciated before several years. This trial, if successful, could also open the door to future applications of the viral vector in gene therapy treatments, particularly in the treatment of neurodegenerative diseases.