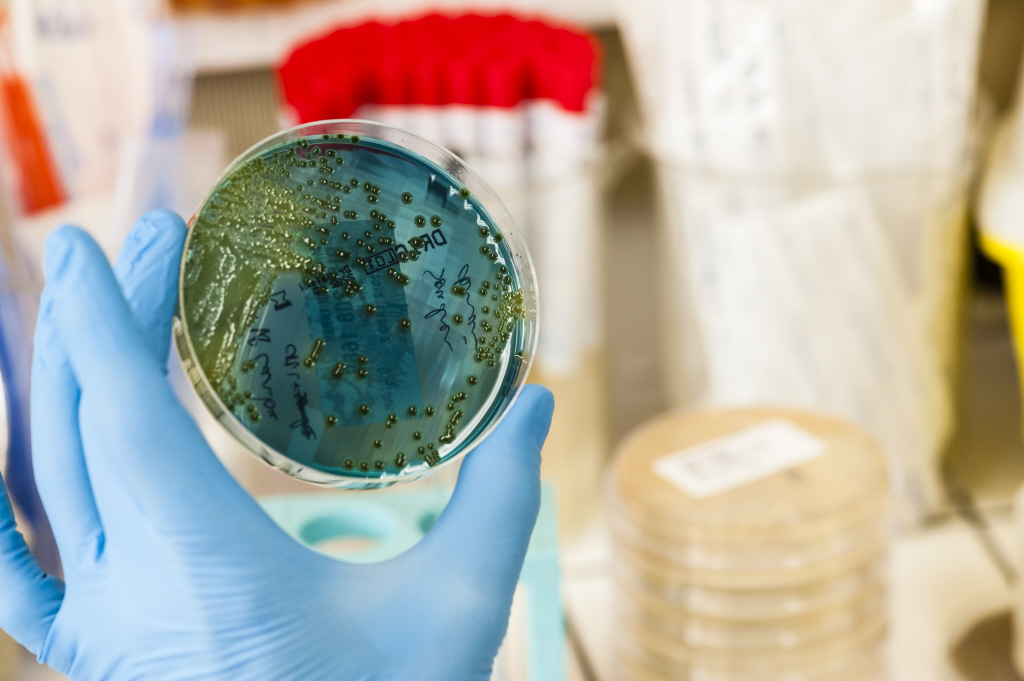 Not only are they effective against Gram-positive and negative multi-resistant bacteria, they also appear not to trigger resistance when used to treat infection in mice. Such are the promises of the two new antibiotics created by Prof. Brice Felden and his team at the Inserm and Université de Rennes 1 ‘Bacterial Regulatory RNAs and Medicine’ joint laboratory (U1230), in conjunction with a team from the  Rennes Institute of Chemical Sciences (CNRS/Université Rennes 1/ENSCR/INSA Rennes). This French advance could bring both fresh impetus and new possibilities for fighting antibiotic resistance worldwide. Details on this research will be published July 9 in Plos Biology.

Antibiotics have saved so many lives over the previous century of their use in humans that they are considered to be one of the major breakthroughs of contemporary medicine. Unfortunately, growing resistance is gradually rendering them ineffective, with the threat of catastrophic public health consequences should this trend continue much longer. The few new antibiotics being brought to market essentially consist of so-called me-too drugs – meaning that they are derived from existing classes of antibiotics.

Researchers from Inserm and Université de Rennes recently identified a new bacterial toxin which they transformed into potent antibiotics active against various bacteria responsible for human infections, whether Gram-positive or negative.

“It all started with a fundamental discovery made in 2011”, explains Brice Felden, Director of the Bacterial Regulatory RNAs and Medicine laboratory in Rennes. “We realized that a toxin produced by Staphylococcus aureus whose role is to facilitate infection is also capable of killing other bacteria present in our body. What we had identified was a molecule with dual toxic and antibiotic properties. We thought that if we could separate these activities, we would be able to create a new antibiotic non-toxic to the body. A challenge that we accepted!”.

In conjunction with the team of ISCR chemist Michèle Baudy Floc’h, a new family of so-called peptidomimetics was synthesized. As their name suggests, these peptides are inspired by the existing natural bacterial peptides but have been shortened and modified. Out of the twenty molecules created, two proved effective against resistant Staphylococcus aureus and Pseudomonas aeruginosa in mouse models of severe sepsis or skin infection. In addition, no toxicity to the other cells and organs, whether in animals or human cells was observed. These new compounds are well tolerated at their active doses – and even beyond – and are devoid of the renal toxicity issues often encountered with this type of compound. “We tested them at doses 10 to 50 times higher than the effective dose without seeing toxicity” specifies Felden, adding that “the participation and imagination of the team and our chemist colleagues was needed to devise the most active molecules possible”.

Important to note was that the bacteria that the researchers had left in contact for several days in the animals with these antibiotics showed no signs of resistance. In order to go further, the researchers created conditions favorable to the development of resistance in vitro and in vivo – with nothing happening. However, caution is still required here given the short experimental time periods (up to 15 days).

The antibacterial activity of these peptidomimetics is partially due to the capacity of its non-natural amino acids to reinforce the association of these compounds with the membranes of the infectious bacteria. This strong binding leads to membrane permeability and the death of the bacteria. “We think these new molecules represent promising candidates for the development of new antibiotics that can provide alternative treatments to antimicrobial resistance.”

The next step involves launching phase I clinical trials in humans. The patent has been licensed and a start-up created.

Watch the interview of Prof. Brice Felden on YouTube (french with english subtitles).

In response to the 2014-2016 Ebola epidemic, the clinical development of a two-dose regimen of vaccines Ad26.ZEBOV and MVA-BN-Filo was accelerated. Approved in 2020 by the European Commission for use in epidemic emergencies, this regimen continues to demonstrate its relevance. An Inserm ...

Director of the “Bacterial Regulatory RNAs and Medicine”