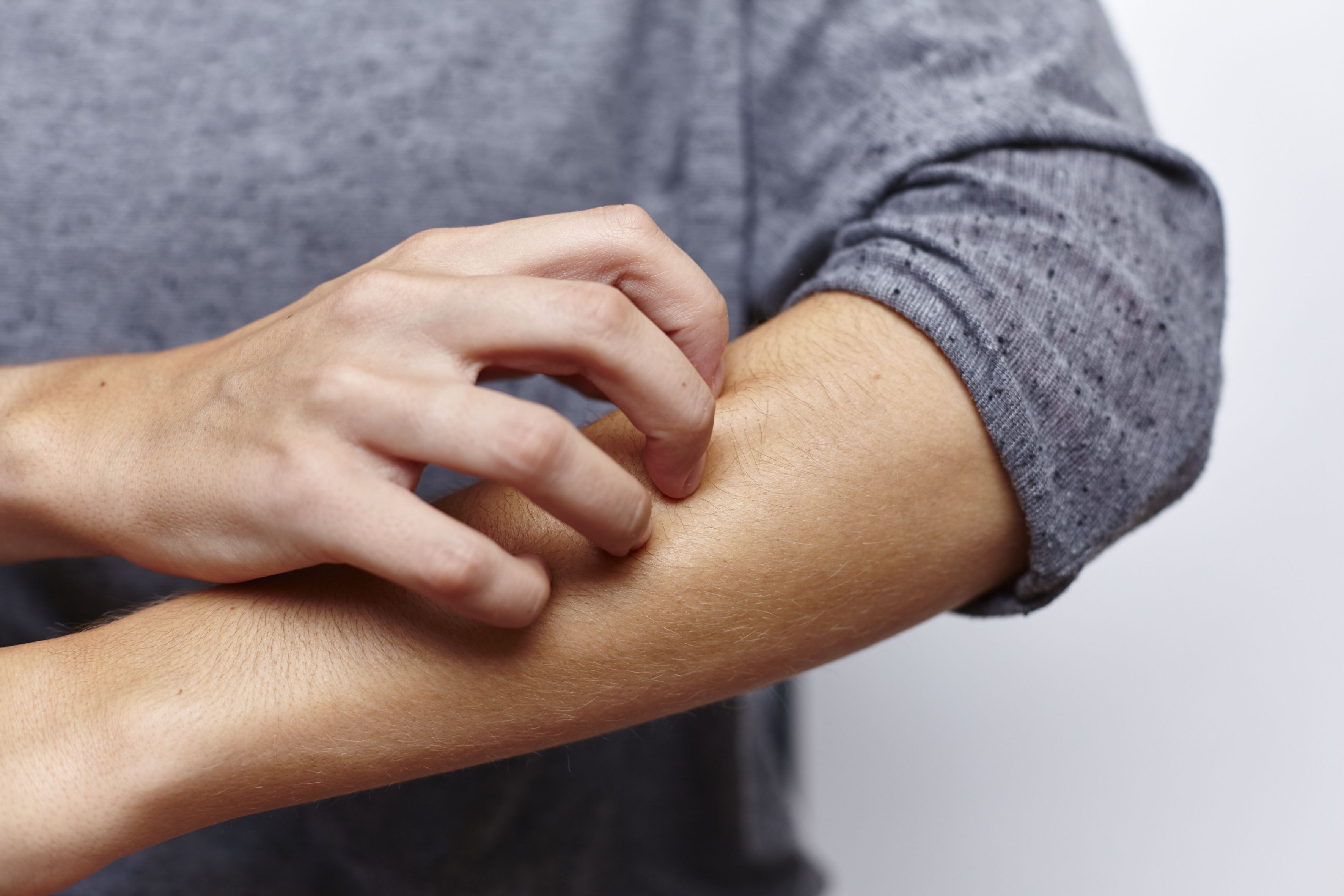 Over the last few years, scientists have discovered connections between gut microbiota imbalances and various diseases. Now, in a study using mice, biologists from the CNRS, INSERM, and Claude Bernard Lyon 1 University—together with colleagues from the Institut Pasteur de Lille and the NIH (USA)—have revealed a surprising relationship between a viral detection system, the composition of the gut microbiota, and the development of skin allergies.[1] Their findings, published in PNAS (September 24, 2018) suggest potential new therapies.

The number of microorganisms hosted in our digestive tracts is 10 to 100 times greater than that of all the cells that make up our bodies, and the delicately balanced ecosystem they constitute may be modified by our diet and medication. Epidemiological data of various kinds suggest a link between changes in gut microbiota composition and the development of allergic diseases, like eczema, at body sites far removed from the intestine. But an explanation for this association had been lacking until now.

At the International Center for Infectiology Research (CNRS / INSERM / Claude Bernard Lyon 1 University / ENS de Lyon)—or CIRI—a team led by two researchers from the CNRS focused their attention on mice deprived of the MAVS gene, which plays a key role in the detection of viruses by the immune system. They noted an altered gut microbiota and severe allergic skin reactions in these mice. To demonstrate a relationship between the two phenomena, the researchers transferred the altered microbiota to normal mice. The latter in turn developed severe allergic reactions, showing that the transplanted gut bacteria were responsible.

Furthermore, the biologists revealed that such modification of the gut microbiota led to greater intestinal permeability, which allowed certain intestinal bacteria to migrate to the spleen and lymph nodes and increased the severity of allergic skin reactions.

These findings shed light on the unexpected role played by an antiviral protein (MAVS) in the maintenance of gut microbiota equilibrium. By showing that changes in the gut microbiota exacerbate the allergic response in the skin, this research sets the stage for the development of new therapies. In the not so distant future, might we treat eczema, or enhance already existing treatments, by acting on the microbiota? This approach is already being investigated for other diseases, like cancer.

Discovery of an innate immunological memory in the intestine

Researchers from the Institut Pasteur and Inserm discovered that innate effector cells – group 3 innate lymphoid cells – act not only during the early stages of infection but can also be trained to develop an innate form of immunological memory that ...