Diabetes: the Gut Flora Yields Its Secrets for the Development of New Treatments 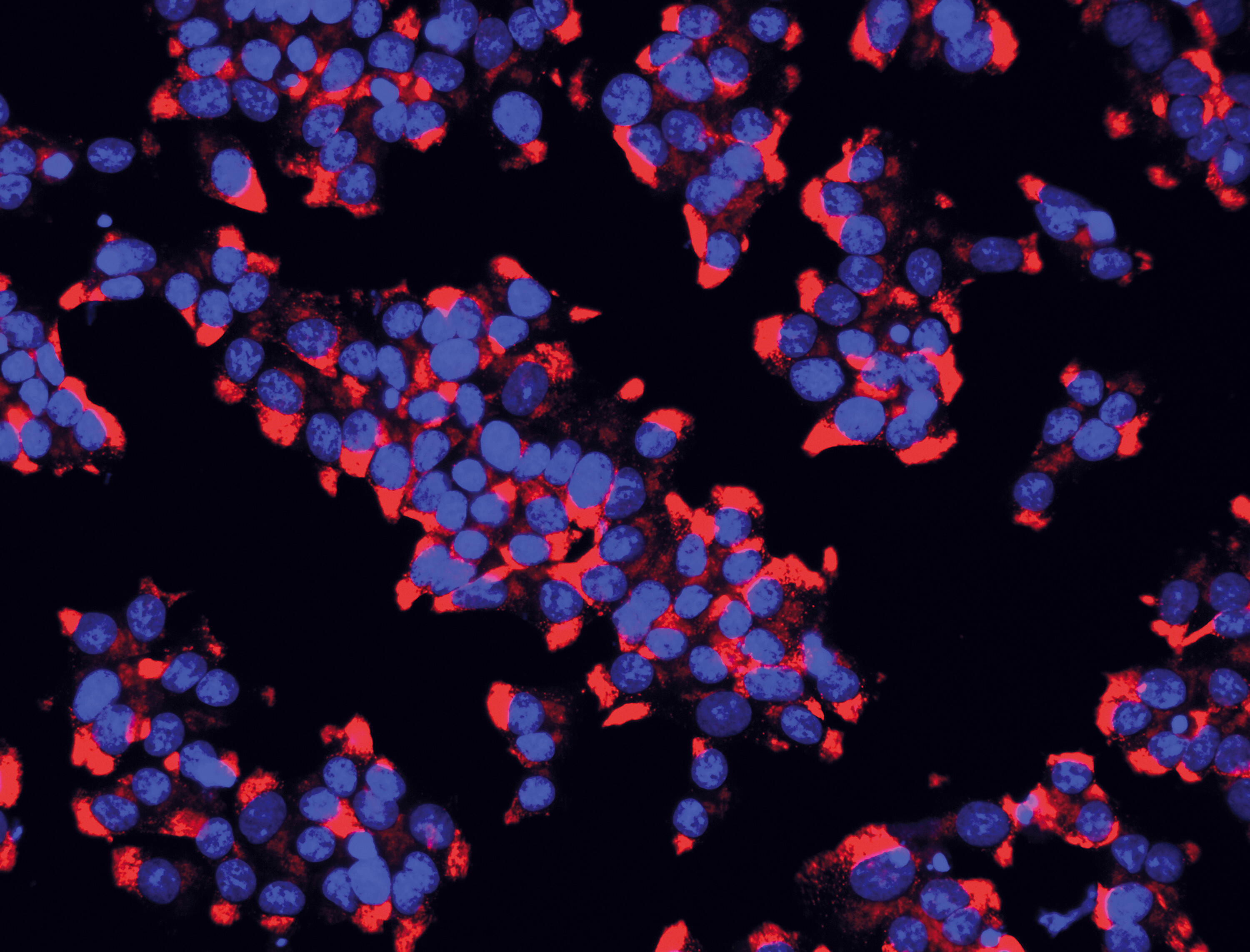 Insulin is produced by the beta cells of the pancreatic islets of Langerhans. In blue: the nuclei of the beta cells. In red: the insulin they contain. © Inserm/U845/JRUS975/EndoCells SARL

An organic compound produced by the gut flora – the metabolite 4-Cresol – is considered to have protective effects against both type 1 and 2 diabetes, notably by stimulating the growth of the insulin-producing pancreatic beta cells. This is according to a new study led by Inserm researcher Dominique Gauguier at the Environmental Toxicology, Therapeutic Targets, Cell Signaling and Biomarkers laboratory (Inserm/Université de Paris), published in Cell Reports. These findings open up new therapeutic avenues which could improve the situation of millions of patients.

Over three million people in France have some form of diabetes. This disease – whose prevalence continues to grow – is linked to an increased risk of developing cardiovascular diseases, making it a major public health concern. Developing and improving treatments for these patients is therefore crucial.

Recent studies have shown that the common forms of diabetes are caused by a mutation of several genes and by factors associated with the environment and certain gut flora compositions.

A study by Inserm researcher Dominique Gauguier at the Environmental Toxicology, Therapeutic Targets, Cell Signaling and Biomarkers laboratory (Inserm/Université de Paris), in collaboration with colleagues from Kyoto University (Japan) and McGill University (Canada), backs up these findings. It reveals a link between diabetes and the metabolite 4-cresol – an organic compound produced by the gut flora and which is also present in some foodstuffs.

The researchers began by performing a metabolic profiling study to identify the various types of metabolites present in the body, based on blood samples from 148 adults – some of whom diabetic. The idea was to identify markers that could be linked to the development of the disease. “4-Cresol really stood out. A product of the gut flora metabolism, this compound appears to be a marker of resistance to diabetes. We found lower levels of it in the serum of diabetic patients compared with non-diabetics”, explains François Brial, Inserm researcher and first author of the study.

Using rat and mouse models of obesity and diabetes, the researchers then tested the effects of 4-Cresol on the clinical signs of diabetes and on the functioning of the pancreatic beta cells, which secrete the hormone insulin whose role is to regulate blood glucose. As the disease progresses, beta cells burn out.

The researchers showed that chronic treatment with low concentrations of 4-Cresol led to an improvement in the diabetes. They observed reduced obesity and reduced fat accumulation in the liver, as well as an increase in pancreatic mass, the stimulation of insulin secretion and the proliferation of the pancreatic beta cells.

“At present, we lack therapies to stimulate the proliferation of pancreatic beta cells and improve their function, so these findings are particularly encouraging. They also confirm the impact of the gut flora on human health, demonstrating the beneficial role of a metabolite produced by intestinal bacteria, and open up new therapeutic avenues in diabetes, obesity and fatty liver disease”, emphasizes Gauguier.

The immediate objective of the researchers is now to study the possibilities for modulating the gut flora to restore 4-Cresol production in diabetic patients. To do that they will first try to identify the bacteria that naturally produce this metabolite, and then define what could prove to be potential safe and effective treatments in syndromes of insulin deficiency.

On the basis of recent studies, new treatment options can already be envisaged for diabetic patients. For example, gut flora transplants – even if their mechanisms of action are not yet fully understood, or bariatric surgery – although these are major and invasive operations. “Our aim is to find therapeutic avenues that enable refined modulation of the gut flora, favoring the proliferation of ‘good’ bacteria whose functioning is better understood, and the production of 4-Cresol at therapeutic doses”, concludes Gauguier.