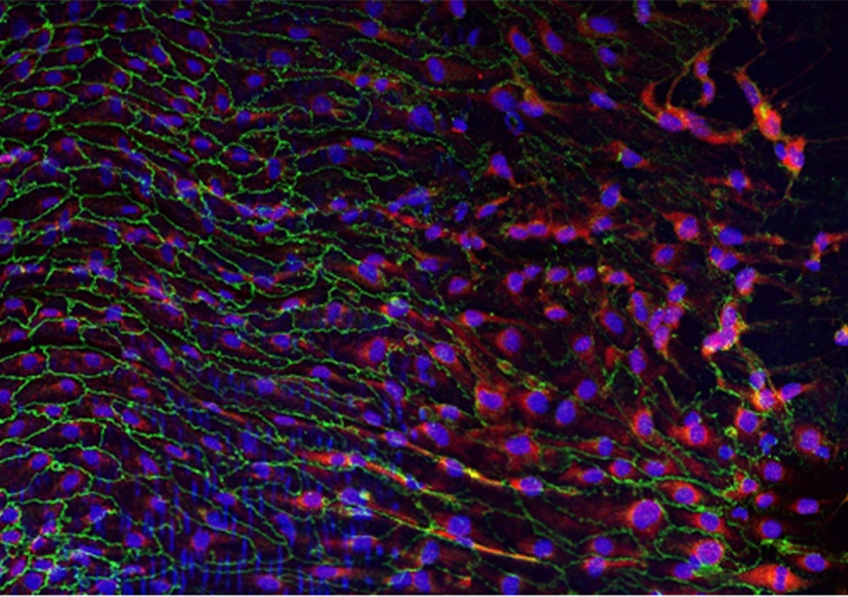 A commonly used treatment in some forms of breast cancer, tamoxifen acts on the cancer cells by blocking the estrogen receptor (ER)a and thereby inhibiting their proliferation. However, the action of this drug appears to be more complex than that, with the addition of protective effects on the arteries that could reduce the risk of developing cardiovascular disease. Researchers from Inserm and Université Toulouse III – Paul Sabatier at the Institute of Cardiovascular and Metabolic Diseases have studied the effects of tamoxifen on the arteries in animal models in order to better understand its mechanism of action and refine its clinical use. Their findings have been published in the journal Circulation Research.

Following breast cancer, women are at increased risk of developing cardiovascular disease. Several studies have confirmed this association, highlighting risk factors common to both disease types as well as the toxicity of certain cancer treatments, such as chemotherapies, to the cardiovascular system. However, experimental and clinical data suggest that tamoxifen – a hormone therapy that reduces the risk of recurrence of certain forms of breast cancer[1] – also has protective effects against cardiovascular disease.

In the cancer cells, tamoxifen acts as an anti-estrogen: without eradicating the production of this hormone, it takes its place in its receptors (the ERa receptors), thereby blocking the proliferation of these cells.

However, the action of this drug is not limited to blocking the estrogen receptors of the cancer cells. In other cell types it could have the opposite effect of activating these same receptors, as estrogens do.

In their study, the researchers have shown that tamoxifen accelerates arterial healing by promoting the renewal of the endothelial cell layer that protects the arteries, thereby revealing a novel beneficial effect of this drug in terms of cardiovascular risk.

In order to explain this novel beneficial action of tamoxifen, the team shows that contrary to its inhibiting effect on the cancer cells, the drug mimics the action of the estrogens in the arteries, bringing about their healing.

However, the cellular mechanisms involved are thought to be different.

This research therefore shines a new light on the action of tamoxifen, showing that this molecule can mimic the action of estrogens by targeting the different functions of their receptors in different cell types.

These findings could have various clinical implications, particularly because they enable a deeper understanding of the spectrum of action of this drug that is prescribed to thousands of patients in oncology.

They are also expected to generate further research on this molecule that has been in use for 40 years.

“The vision we have of tamoxifen at present is that of a hormone therapy that blocks the receptors present on the cancer cells, but this only partially explains its action. Our study emphasizes that this drug mimics estrogens by targeting pathways that are not always the ones we expect. We have revealed a protective effect on the arteries through an indirect action on the endothelial cells, but this action could also affect the immune system cells, which play a key role in the immune surveillance of tumors”, emphasize Jean-François Arnal, professor at Université Toulouse III – Paul Sabatier, and Coralie Fontaine, Inserm researcher, who have coordinated this research.

[1]So-called “hormone-dependent” cancers, for which the cancer cells express the estrogen receptor

U1048 INSTITUTE OF CARDIOVASCULAR AND METABOLIC DISEASES (I2MC)