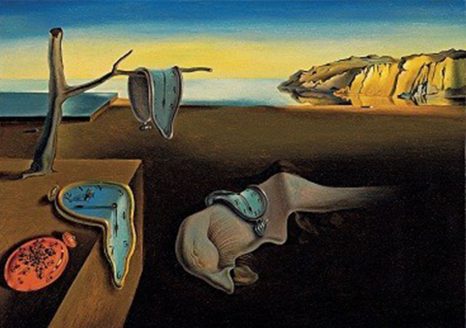 Salvador Dali liked to use short phases of sleep to stimulate his creativity.

What if a few minutes of sleep could trigger creativity? This is what suggests a study by researchers from Inserm and Sorbonne Université at the Brain Institute and the department of sleep medicine at Pitié-Salpêtrière Hospital AP-HP. Their findings have been published in Science Advances.

The inventor Thomas Edison is said to have taken short naps to spark his creativity. During them, he would hold a metal ball in each hand. Upon falling asleep, the balls would crash to the floor, waking him up just in time so that he could note his flashes of creativity. Other famous people also liked to use short phases of sleep to stimulate their creativity, such as Albert Einstein and Salvador Dali.

Inspired by this, the team of Inserm researcher Delphine Oudiette and her colleague Célia Lacaux at the Brain Institute and Pitié-Salpêtrière Hospital AP-HP wished to explore this very specific phase of sleep, to determine whether or not it affected creativity.

As part of their study, the team set the 103 participants math problems that could all be instantly solved using the same rule – of which the participants were unaware when starting the test. The subjects were allowed a first attempt at solving the problems. Those who had not found the hidden rule were invited to take a twenty minute nap inspired by Edison, holding an object in their right hand, before repeating the math tests.

“Spending at least 15 seconds in this very first phase of sleep after falling asleep tripled the chances of finding the hidden rule, due to the effect of the famous ‘Eureka!’ moment. ” An effect that disappeared if the subjects plunged into a deeper sleep,” explains Lacaux, first author of the study.

In parallel, the researchers revealed several key neurophysiological markers of this sleep phase that generates creativity.

During the onset of sleep, there is indeed a phase that is conducive to creativity. Activating it requires finding the right balance between falling asleep quickly and not falling asleep too deeply. These “creative naps” could be an easy and accessible way of stimulating our creativity in everyday life.

“The sleep onset phase has so far been relatively neglected by the cognitive neurosciences. This discovery opens up an extraordinary new avenue for future studies, particularly of the brain mechanisms of creativity. Sleep is also often seen as a loss of time and productivity. By showing that it is in fact essential to our creative performance, we hope to reiterate its importance to the general public. ” concludes Oudiette, Inserm researcher and last author of the study.